Meet Donika, a visual artist from Tirana who is preserving the memory of an old house and its defiant owner who refused to give in to the relentless tide of urban development.

Myslym Shyri is one of the busiest streets in Tirana, the capital of Albania. For decades, it was a quiet, residential neighbourhood with no shops or coffee bars. This changed after the fall of communism in the 1990s, when almost all houses and apartments turned their ground floors into commercial ventures. All except one.

This is an apartment building like many others, but on this ground floor, no shop or café has taken over. Many people pass by every day, and one of the commuters who passed the building regularly was Donika Çina, a visual artist living in Tirana. She was inspired to incorporate the apartment into her performance art.

“There were and are so many rumours about Bia: her life, her intentions and her mental state. Her decision to never sell or rent her home for commercial purposes seems significant.”

The memory lives on

Donika was particularly interested by an old lady, the owner, who regularly cleaned and painted the exterior of her ground floor flat. The lady’s name was Bia. “There were and are so many rumours about Bia: her life, her intentions and her mental state. Her decision to never sell or rent her home for commercial purposes, as many others have done on Myslym Shyri Street, seemed significant,” Donika says.

In 2017, when Donika started work on her performance, she found out that Bia had passed away. The house was still there, but she was not sure for how long it would remain. “I needed to take action,” she says, “to keep the memory alive, before the house was turned into another coffee shop.”

As part of her performance, Donika repeated Bia’s daily cleaning rituals in front of the house. The performance was recorded by three security cameras and live-streamed on a monitor at the Zeta gallery exhibition space in Tirana.

Her performance aimed to reflect on questions related to Bia’s daily ritual of cleaning in front of the house: was Bia fighting the city’s perceived neglect as an act of protest? Did she consider the space in front of her house to be an extension of her private space? “We cannot ask her these questions. But we can continue questioning our involvement in public space; the meaning of our conscious actions; the impact on us of our walls, concrete and trees all being whitewashed,” says Donika. 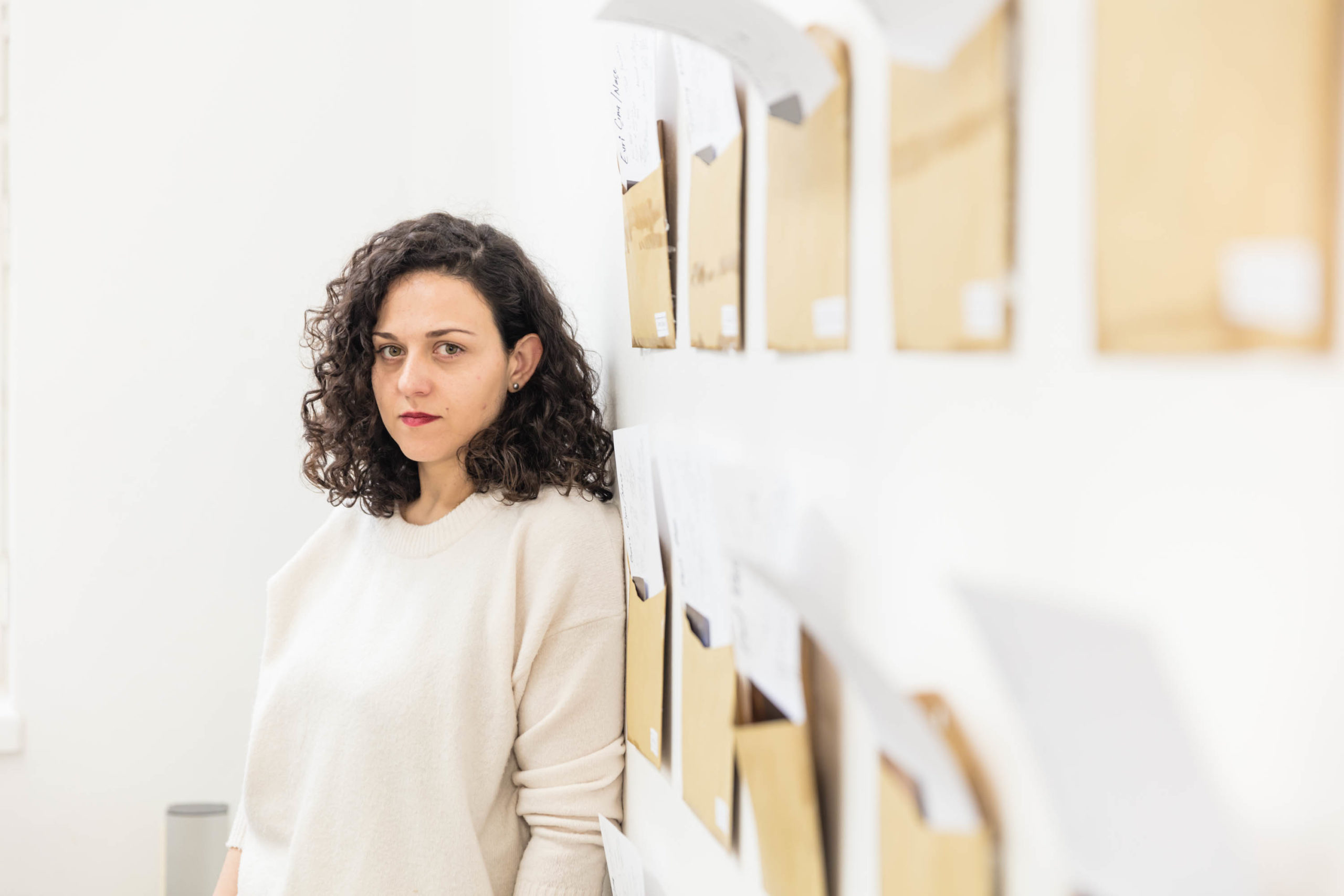 “The performance will preserve the cultural memory of the city and Bia’s gesture as a fragile but significant individual protest.”

The exterior of Bia’s house is still intact, even now, five years after she passed away. However, it needs some additional work in order to look as it did when Bia was alive. Recently, Donika took the initiative to build on her artistic project, by working on the exterior of the flat, and video recording the exterior in 3D, before the flat is turned into a business, like other ground floor flats in the neighbourhood.

For the follow-up work on her project, Donika applied for support from an EU-funded artist residency in Tirana. “The performance will preserve the cultural memory of the city and Bia’s gesture as a fragile but significant individual protest,” says Donika.

The call for residency was launched by Tirana Art Lab – Center for Contemporary Art, Tallinn Art Hall and the ZKM I Centre for Art and Media, inviting European art practitioners or theoreticians to apply for one of the three production residencies taking place in Karlsruhe, Tallinn, and Tirana.

These residencies are conceived within the long-term project, Beyond Matter, which is an international, collaborative, practice-based research project that takes cultural heritage and culture to the verge of virtual reality. One of the goals of the project is to develop novel solutions for the accessible digital documentation and networked presentation of exhibitions that currently exist, or previously existed, in physical space – including artworks, artifacts, and educational materials. The project is supported through the Creative Europe programme of the European Union.