TURNING THE SHARR MOUNTAINS INTO A FAVOURITE DESTINATION FOR RURAL TOURISM

Nature, sport and culture combined – how one region in Kosovo is embracing its tourism potential thanks to an EU-funded project

Prizren is a charming historical city and it is also a favourite destination for many local and international tourists. According to the Kosovo Statistics Agency, Prizren has more visitors than any other municipality in Kosovo. However, this visitor traffic is not reflected in overnight stays. Four years ago, the municipal authorities identified this contradiction and carried out a survey of visitors to understand the root cause. The survey clarified the reasons: Prizren is a small city, and most of the important cultural heritage monuments can be visited in one or two days. Therefore, most tourists don’t stay longer.

Prizren lies in the vicinity of the Sharr Mountains so, apart from its cultural heritage, the city also has a beautiful natural environment ready to be used for hiking and other nature-related activities: an incentive for tourists to stay longer.
But until three years ago, there was very little infrastructure in place for visitors to enjoy the mountains. The Sharri Mountaineers’ Association, an NGO from Prizren, decided to take action. Along with colleagues from another, more experienced NGO – Marimangat Alpine Association from Peja – they started planning work on marking and signposting new hiking routes and developing a promotional campaign to advertise the region as a natural adventure destination.

“This was a very good opportunity as we needed funds to implement our idea. But in order to apply for this call we had to find a partner from the other side of the border.”

“This was a very good opportunity as we needed funds to implement our idea. But in order to apply for this call we had to find a partner from the other side of the border,” says Deni Hameli from the Sharri Mountaineers’ Association. Going through their contacts, the Association identified and partnered with the ALKA NGO from North Macedonia.

Deni explains that ALKA turned out to be a perfect partner organisation as they already had experience with similar projects. “They brought a significant added value in the proposal writing process and during the implementation of the project,” says Deni. The proposal was approved and over the following two years, the partner organisations worked on the implementation of the project that is now close to finishing.

A holistic approach
The project took a holistic approach to increasing the attraction of the region as a tourist destination. The work included improvement of the infrastructure by mapping and signposting 21 new hiking routes covering a total of over 200 kilometres. The project also worked on increasing the capacities of households and tour guides to host visitors. Finally, the project developed videos, leaflets and a traditional and social media campaign to advertise the region as a tourist destination to national and international tourists alike. 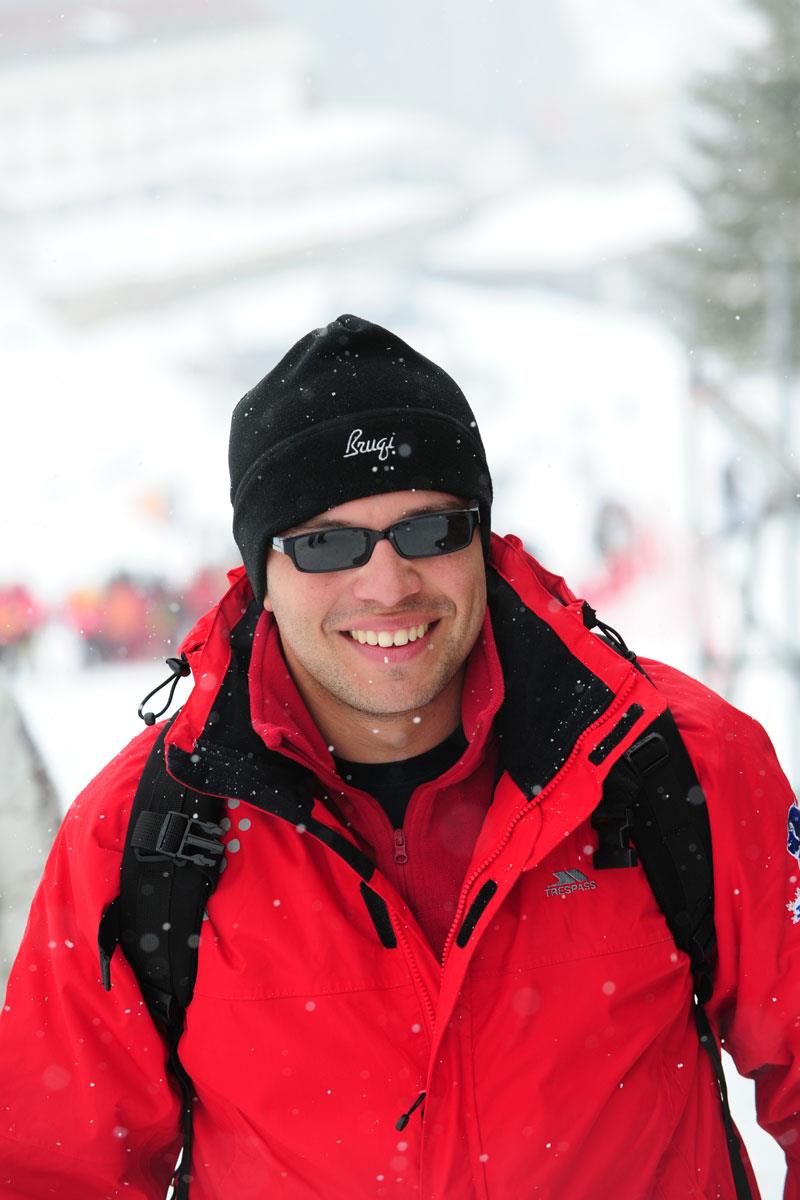 “In addition, along most of the mountain trails, the visitors will be able also to see cultural heritage monuments. So here we have nature and culture combined: a perfect destination for mountain tourism.”

Jovan Bozinoski is a tour guide and a member of Ljuboten Mountaineering Club from Tetovo in North Macedonia.
As almost all the new hiking routes pass restaurants and households that provide food and accommodation, Jovan believes that the project will have a considerable economic impact in bringing more customers to the region. “In addition, along most of the mountain trails, the visitors will be able also to see cultural heritage monuments. So here we have nature and culture combined: a perfect destination for mountain tourism,” Jovan says.

The EU-funded project titled ‘Backing Regional Tourism Potential’ was financed under the Cross-Border Cooperation Programme Kosovo*- North Macedonia under the European Union’s Instrument for Pre-Accession (IPA) programme. The project was implemented in partnership with ALKA and Balkania NGOs from North Macedonia and the Marimangat and Sharri Mountaineers’ Association NGOs from Kosovo.

We have extended the deadline!

You are still on time to become a Young European Ambassador in the Western Balkans!