“STARTING THE JOURNEY WITH ERASMUS+ WAS MY BEST INVESTMENT”

From the war and economic crisis of a childhood in Yugoslavia to working and studying for a peaceful, prosperous EU future

Bojana Zimonjić (30), from Serbia, first learned about the European Union in citizenship education class in high school. She had heard about it before from the news but says she didn’t really know what the EU was all about. However, even as a child, some of the most important things for Bojana were peace and prosperity. As with most children born in Yugoslavia, the war and economic crisis had an impact on Bojana’s childhood.

In her high school class, she learned that the core values of the EU aim to prevent these two problems through promoting peace and economic prosperity for everyone. “I found this idea amazing, and I fell in love with the EU and the idea behind it,” she says. Bojana further explains that even in high school she understood that to promote these values, one had to engage actively. Consequently, she chose to study Political Science at university.

“My whole professional life and future aspirations are about the EU, and starting the journey with the ERASMUS+ programme was the best investment in my life.”

New opportunities with ERASMUS
Bojana believed that the values that she was attached to could be best promoted through the promotion of EU integration. When the time for her Master’s studies came she began to look for opportunities to learn more about the European Union. It was announced at Bojana’s university that Serbia had just been included in the ERASMUS programme. As soon as she learned this, she decided to apply for the educational opportunities provided by the programme.

Initially she was given an opportunity to benefit from the Jean Monnet programme which is part of ERASMUS+. It is dedicated to promoting excellence in EU studies in higher education around the world to build bridges between academics, researchers and EU policymakers. Bojana says that being part of Jean Monnet contributed considerably to the quality of her Master’s degree. “For example, lecturers from the EU came to teach us their vision of European integration. We also got textbooks for free. That is no small thing for unemployed students,” she says.

Expanding horizons
However, this was not enough for Bojana. She wanted to learn more about EU policies and EU integration, and she wanted to expand her cultural perspective; preferably at the university of an EU country. She chose to apply for an ERASMUS+ exchange at the University of Konstanz in Germany, and she was accepted. “It was like a dream come true,” she says. 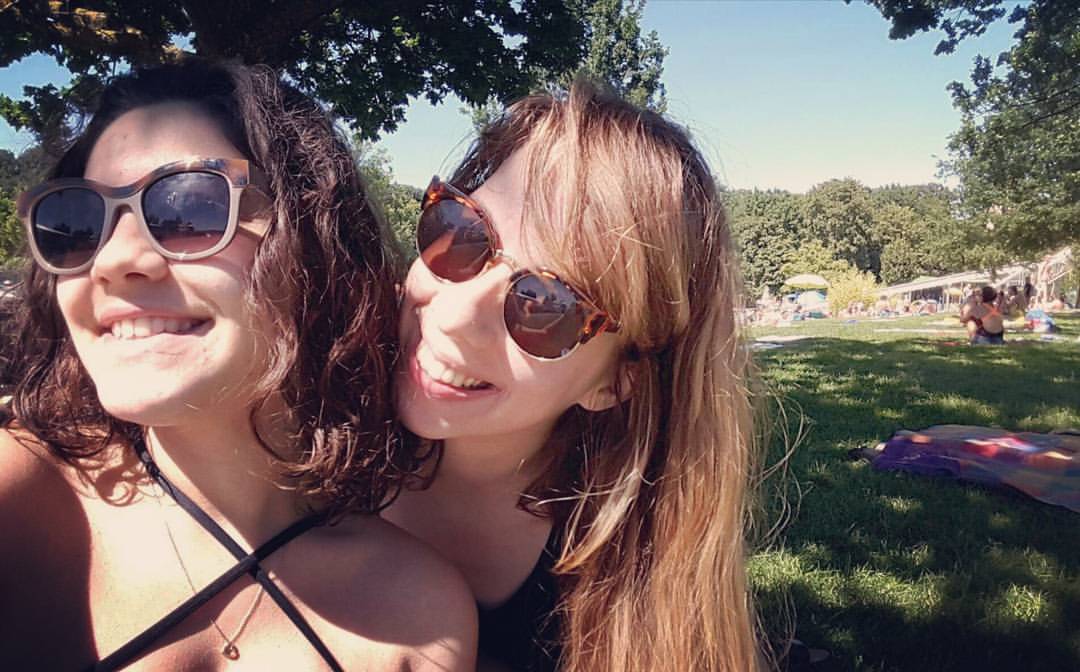 “I had a class about leadership, which was really interesting. It was different from anything I could learn at my home university. This class really offered a different perspective on how a real leader should behave.”

Bojana describes her experience in Germany as “life changing”. She explains that for her it was essential to learn more about different cultures and to experience first-hand what it is like to live and study in a multicultural environment. Being surrounded by people from other countries in Europe – and the world – helped a lot in this.

For Bojana, it was also important to see how universities function in Germany and how they present curricula. “For example, I had a class about leadership, which was really interesting. It was different from anything I could learn at my home university. This class really offered a different perspective for me on how a real leader should behave,” she says. Bojana was also impressed by the welcome at the university and in particular, with the structure and individual care for every international student enrolled.

Promoting the spirit of reconciliation
Bojana currently works for the Regional Youth Cooperation Office (RYCO) that promotes the spirit of reconciliation and cooperation between youth in the Western Balkans region. “My ERASMSUS+ experience really helped me adapt quickly to RYCO’s multicultural work environment,” she said. “It shouldn’t be hard to guess after you’ve had the chance to hear my story, that RYCO was established with the support of the European Commission.”

In the future, she plans to get more involved in the EU administration to support the idea behind the European Union. “My whole professional life and future aspirations are about the EU, and starting the journey with the ERASMUS+ programme was the best investment in my life,” she says.