Kosta Gjorgjevski is an 18-year-old from Skopje, North Macedonia. Despite his young age, he has already become one of the best-known IT professionals in his country. He began programming when he was just ten years old. He explains that he used to play video games almost every day until he realised that he was just wasting his time. “I thought, why not do something more challenging? That is when I decided to develop video games of my own,” Kosta explains.

Kosta worked on game development for some time. He was doing well, but as he grew older he felt that he should focus on more significant things. He knew that, if used properly, information technology can help change the world for the better.

“I thought, why not do something more challenging? That is when I decided to develop video games of my own.”

Making the world a better place
This is when he decided to take programming much more seriously and quit developing video games. As part of a school project, Kosta developed a software-hardware system that detected poisonous gases in the air in an enclosed space. The system successfully detected toxic gases and notified people nearby that something was wrong. It also turned on ventilation systems to remove the hazard. This project was recognised as one of the most innovative projects in North Macedonia by the Fund for Innovations. “After this project, I felt very good, I felt that I was doing something useful with my skills,” says Kosta.

When he was 15 years old, he won an important award at the Codefest Tech Hackathon national competition. As part of this competition, Kosta, along with the team, developed an application for an historical video game about the Cold War. Kosta explains that the idea was to find a historical event, develop a video game around it, and make it somehow educational. In the end, Kosta and his team won second place overall and first place in user-interface and user-experience design. Following these accomplishments, he won a number of other awards – a hugely impressive achievement at such a young age. 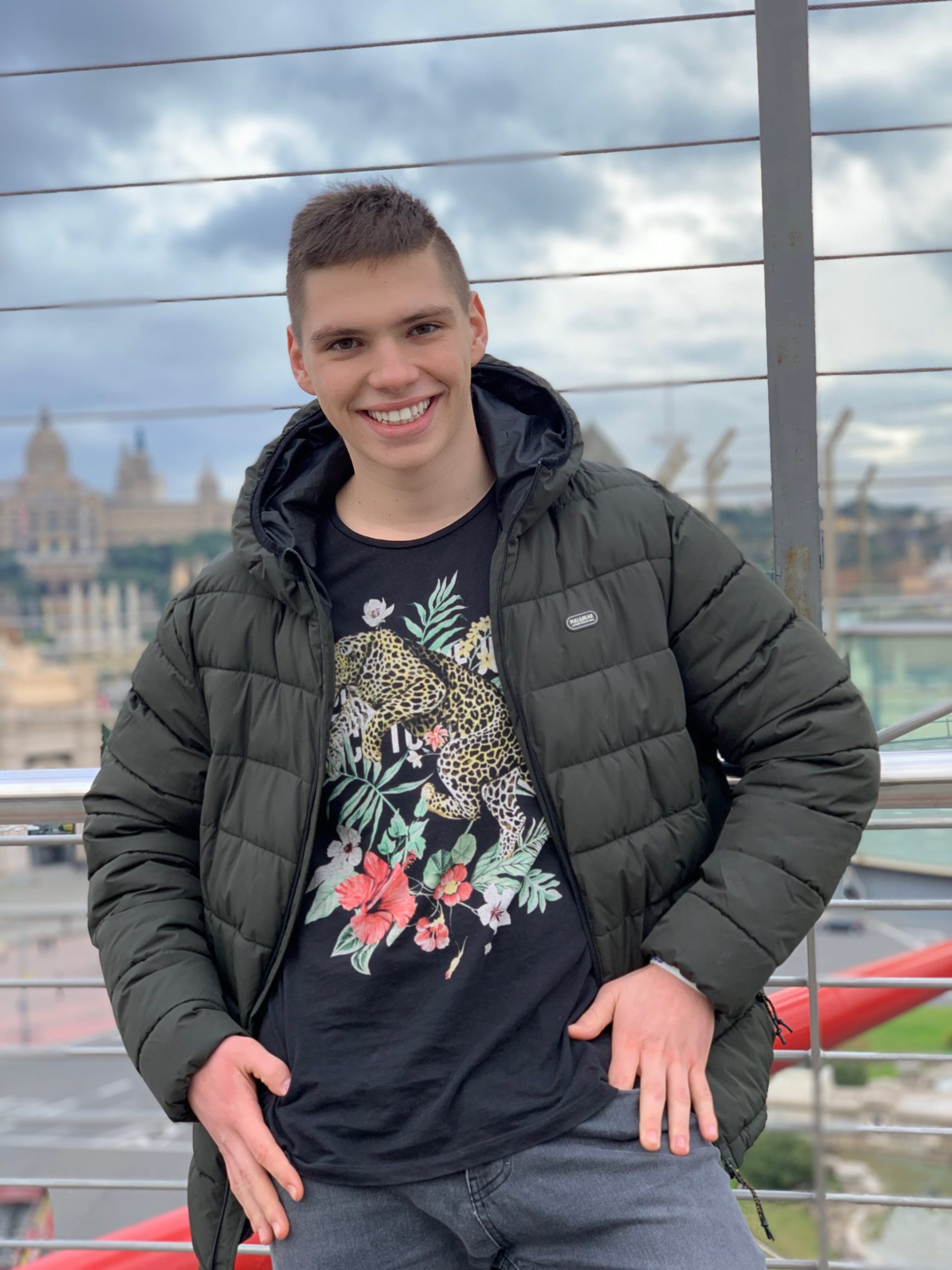 “These experiences have had a huge impact on my vision for the future. I still need to learn new things, and I keep on looking for more learning opportunities.”

However, his journey to success was not an easy one. His family firmly supported him, but nevertheless, there were other challenges that he had to deal with. One of the main challenges was learning the complicated maths that is crucial for computer programming. He had to take a range of private courses to improve his skills in maths and related topics. Kosta explains that these learning experiences made an essential change for him professionally and personally. “These experiences have had a huge impact on my vision for the future. I still need to learn new things, and I keep on looking for more learning opportunities,” he says.

Barcelona inspiration
Last year, he applied for and won an opportunity to join a study trip to Barcelona. The trip was financed and supported by the European Union’s ERASMUS+ programme. Kosta and other young people spent 16 days in Barcelona and visited universities that work on software for Formula 1 cars. They also visited the SEAT car factory, where they learned about mechatronics – robots creating cars. “It was extraordinary and fascinating,” Kosta says.

Kosta explains that the experience in Barcelona inspired him to create new projects and motivated him even more to pursue a career in IT. At the same time, while he was in Barcelona, he also visited museums and other cultural sites, met new friends and expanded his cultural horizons. Kosta now plans to study and pursue his career in computer engineering to include work on hardware and software programming. “I have chosen this because it will enable me to create devices that are really innovative,” he says.

ERASMUS+ is the EU’s programme to support education, training, youth and sport in Europe. Its budget of €14.7 billion provides opportunities for over 4 million Europeans to study, train, and gain experience abroad.