Coming back home after 20 years

Bosnia and Herzegovina Employment and inclusion Equality and fair society

The war in Bosnia and Herzegovina brought tragedy for hundreds of thousands of families. Many lost their loved ones or their jobs and had to leave their hometowns and villages, never to come back. Davorin Savić from the village of Bačevići, near Mostar, is one of those who had to leave his house overnight and find refuge elsewhere. However, Davorin is also one of the lucky ones who has managed to come back to his village and start a new life there.

The city of Mostar was one of the many multi-ethnic towns in Bosnia and Herzegovina where Croats, Bosniaks and Serbs lived in harmony. However, this harmony was ruined with the start in 1992 of the war which lasted until 1995. Thousands of people were killed and it is estimated that over a million people were displaced, making it the most devastating conflict in Europe since the end of the Second World War.

“It was difficult to live as a refugee but we managed to survive somehow. We rented somewhere to live, and I mostly worked at the local market with low pay.”

The conflict in Mostar started and developed swiftly, and along with his family, Davorin had to move fast, leaving their house and belongings back in the village. As they were ethnic Serbs, they moved to Serbia. The memories are still fresh for Davorin of how in 1992 he left his family home, together with his brother and mother, to flee to Belgrade. “It was difficult to live as refugees,” he recalls. “But we managed to survive somehow. We rented somewhere to live, and I mostly worked at the local market with low pay.”

He lived in Belgrade for 18 years but in 2010 the family finally returned to Bačevići, where they were distraught to find that their home had been completely demolished. However, their luck was about to change. “We met some neighbours who told us about programme that reconstructed houses for returnees,” Davorin says. “We quickly submitted an application to the Regional Housing Programme.”

Davorin admits that life in Bosnia and Herzegovina is not easy, especially for returnees and internally displacedpeople. Though he had worked in the power plant company before the war, he was unable to find a job in thecompany on his return to BiH. He still does not have a job with a secure salary or health insurance. 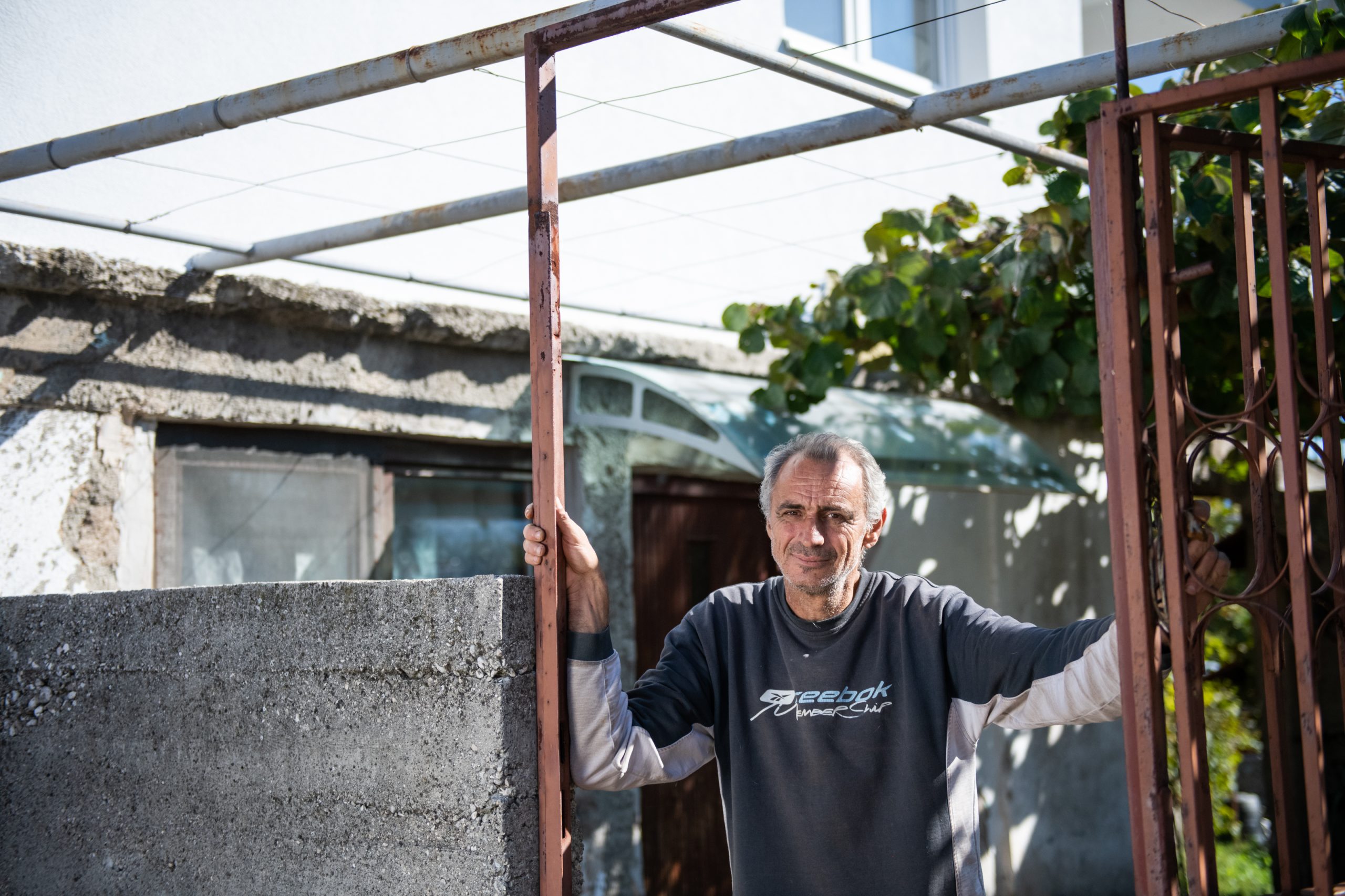 “I never imagined that I would come back to my village and produce vegetables in a greenhouse and cultivate land.”

Nevertheless, despite the odds, Davorin manages to ensure a dignified life for himself, his mother and the family of his brother, who passed away last year. This is in large part thanks to the house rebuilt with the support of the Regional Housing Programme and the greenhouse and small tractor provided with the support of Catholic Relief Services. “I never imagined that I would come back to my village and produce vegetables in a greenhouse and cultivate land,” he laughs. “But it’s great. I sell my products at the market in Mostar.”

Reflecting on his life today, Davorin is also quick to comment on the friendliness of his neighbours from different ethnic groups. In contrast to the situation when he had to flee Bačevići, now he says, “We live together, help each other and celebrate all holidays.”

Around 1,800 housing units have been delivered to date in Bosnia and Herzegovina as part of the Regional Housing Programme. The final target is for more than 3,000 housing units to be constructed by June 2023.  Almost €291million has been allocated so far to the Regional Housing Programme, of which more than €76 million is for projects in BiH. With €235 million, the European Union is the main donor to the Programme.