Stories / THE FILM FESTIVAL THAT BRINGS 50,000 VISITORS TO A SMALL CITY IN KOSOVO

THE FILM FESTIVAL THAT BRINGS 50,000 VISITORS TO A SMALL CITY IN KOSOVO

From humble beginnings, the documentary and short film festival, DokuFest, has become one of the best-known film festivals in the region.

An idea, the equivalent of €1,000 and a passion for bringing life to their small city was all it took for some enthusiastic film-lovers from Prizren in Kosovo to start what has become one of the best-known film festivals in the region –DokuFest.

Next year DokuFest will celebrate its 20th anniversary. In that time, the festival has become one of the qualifying festivals for the British Academy of Film and Television (BAFTA) awards, and for the last two years it has been rated as one of the “25 coolest film festivals in the world” by MovieMaker magazine.

“Through its selection and funding mechanisms, the EU has identified us as an activity worth supporting, and we can only express our sincere gratitude.”

For the first edition, they raised the equivalent of around €1,000 from a donor organisation and contributed an equal amount themselves and borrowed an amateur film projector from a film professor. They managed to gather 32 short and documentary films for screening, mostly from neighbouring countries. The festival was ready to roll. A few dozen guests, mainly film professionals, attended the festival week. For the next five years, all the work done for the festival was on a volunteer basis, and the founders often had to contribute their own money to keep the festival going.

Their efforts paid off. DokuFest  now brings around €5 million in turnover to the city each year and approximately 50,000 film lovers attend the week-long festival. This is an enormous contribution to the economy of a town with 80,000 inhabitants. In the past 20 years, the festival has also contributed to the wider image of Kosovo through articles in newspapers such as The Guardian and the ten-page feature about the festival in Lufthansa’s inflight magazine.

However, funding remains a challenge. Veton references other film festivals such as the Berlinale, which runs on around €30 million, or Sarajevo’s film festival, which works with an annual budget of €2 to €4 million. By comparison, DokuFest’s recent budget of €400,000 seems tiny. “Of course, this is a huge increase compared to the budget we started with, but it’s not enough to organise a global level film festival,” Veton says. “We want to keep introducing innovations to the festival, but for this we would need to have a budget of at least €700,000 and maybe up to €1 million each year.”

International donors, including the European Union, and the private sector have been the festival‘s most prominent supporters. Veton explains that the support provided by the EU was significant. ”The EU has provided continuous support for the festival. They supported us with the funding for the construction of the new cinema as well as many other smaller-scale projects,” he says.

One that Veton highlights is the training programme for young filmmakers. This programme was initiated with the support of the EU’s European Instrument for Democracy and Human Rights (EIDHR) programme. The project started in 2013 with the aim of promoting inter-community and inter-ethnic relations in Kosovo through visual storytelling by young people from different communities and ethnicities. Even after the project funding ended in 2015, the training programme has continued and seven generations of young people have been trained, producing over 70 films. Some of them are now competing in important film festivals around the world. “Through its selection and funding mechanisms, the EU has identified us as an activity worth supporting, and we can only express our sincere gratitude,” says Veton. 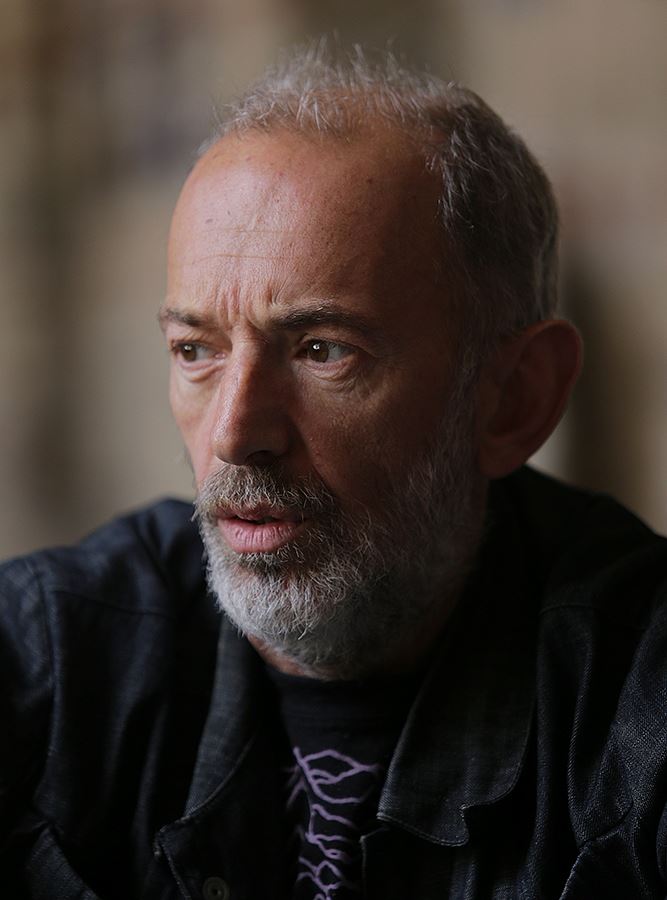 “An opportunity to provide joy to so many people through your work is something incomparable. I hope that the festival will continue with this kind of positive energy and passion for the years to come.”

A legacy passed to younger generations

Only two of the founding members remain part of the festival management and Veton is proud of this: “Our intention was to involve as many young people as possible in managing the festival. Our current festival director joined us as a volunteer many years ago, and now she is the manager of the overall enterprise.”

Twenty years may have passed, but the festival probably has many years to go. “It has been an extraordinary journey beyond my wildest dreams,” says Veton. “An opportunity to provide joy to so many people through your work is something incomparable. I hope that the festival will continue with this kind of positive energy and passion for the years to come. Every ounce of effort was worth it.”