READing throughout the Western Balkans

One of the first things the former Goethe institute director for North Macedonia, Tanja Krüger, noticed when she took office was the lack of reading habits among young people in the country. She therefore decided that during her mission she and her team should prioritise increasing reading habits amongst young people, in particular in rural and remote areas of the country. The Goethe institute already had projects being implemented on this topic in North Macedonia, but there was a need for more to be done, remembers Marija Chorbeva Penovska from the Institute in Skopje.

An opportunity came with the call for proposals for cultural activities from the Civil Society Facility and Media Programme of the European Union. With their support, the Goethe Institute – along with partners from other countries in the region – launched the Regional Network for Cultural Diversity (READ) project which aims to promote intercultural reading skills and democratic values through reading culture and the handling of supra-regional high-quality literary works.

“The focus of our visits were hard-to-reach communities: places where kids had never had a chance before to participate in a cultural event.”

Marija Chorbeva Penovska is the manager of the READ project. She explains that the project includes four different programmes, one of them being “READ on wheels” which is a regional mobile library stocked with books and other content from the project partner countries. The library is touring through the region and Turkey with a special focus on schools and libraries, over a period of three years. The mobile library in a van with accompanying crew has already toured North Macedonia and Serbia, visiting mainly remote villages where they organised storytelling, creative writing illustration workshops, presentation of new writers, lectures and debates, book rental and book donations and similar cultural events with children and young people. “The focus of our visits were hard-to-reach communities: places where kids had never had a chance before to participate in a cultural event,” says Marija.

Another project component is support to literature festivals in the five target countries, which is a key vehicle for promoting cross-cultural cooperation in the region. The project also includes a residency programme which, through open calls, provides authors in the five countries with an opportunity to get to know the literary, artistic and cultural scene in the region and to support the regional diffusion of literary work from the target countries. At the same time, the local audience is given a unique opportunity to be introduced to the work of the selected artists.

The fourth project component is civil society capacity support, through a sub-granting scheme providing support to smaller organisations in the area of translation, publication, and/or promotion of works in order to increase access and awareness of literature beyond the national context. The component includes innovative multilingual and intercultural projects.

Marina Terpovska Stargo, the grants coordinator of the project, explains that they have so far provided grant support for 54 organisations through two calls for proposals. In total, 90 organisations are expected to be supported through the project’s grants. 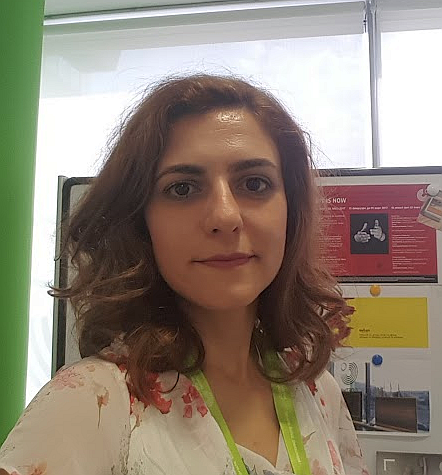 “I believe that by building this big network of cultural workers and CSOs working in the cultural sector, we will ensure the sustainability of the project.”

Marija Chorbeva Penovska says that they are very satisfied with the results of the project so far, and in particular with the performance of the sub-grants. “At the beginning we were sceptical about the outcome of these small projects as the financial amount of the grants was symbolic. However, each small project turned into a success story thanks to efforts of these smaller organisations,” says Marija.

However, Marija believes that the most important success of the project is the facilitation of cooperation among cultural organisations and young people in the region “I believe that by building this big network of cultural workers and CSOs working in the cultural sector, we will ensure the sustainability of the project,” she says.

The Regional Network for Cultural Diversity (READ) is a four-year EU-funded regional cultural project implemented by the Goethe Institute in Skopje together with the partner organisations: the Centre for Balkan Cooperation – Loja (North Macedonia), Instituti I Librit dhe i Promocionit (Albania), Kalem Culture Association (Turkey), Krokodil (Serbia), and Qendra Multimedia (Kosovo). The project contributes to reconciliation and intercultural tolerance by opening new channels of communication between independent cultural societies, offering them networking opportunities away from the political stage. The project aims to promote intercultural reading skills and democratic values through reading culture and the handling of supra-regional high-quality literary works.