PRISTINE FOR PRISTINA! SAFE WATER SUPPLY FOR YEARS TO COME

From scarce to steady: how one EU-backed project saved Kosovo’s capital from water shortages.

Musa Hasani has been working as a phone operator at the regional water distribution company in Pristina for over three decades. His job is seemingly simple: he answers phone calls from clients and passes on complaints to the relevant sections at the water company. However, around the year 2000, this simple job became hectic and stressful.  Musa remembers taking over 200 calls a day, most of which were non-stop customer complaints about water shortages.

After the war in 1999, Kosovo’s capital, Pristina, faced an enormous migration of people from elsewhere in Kosovo. A public utility infrastructure that was planned for less than 150,000 inhabitants now had to cope with a population of over 300,000 people. Over the next decade, water cuts could last for over ten hours a day in any Pristina neighbourhood. “People were furious, as this had a considerable impact on their quality of life. They reflected this anger on the phone to us,” Musa remembers.

“In March 2014, Badovc Lake had only enough water to last for one more month and Batllava for two. If we had not had a period of heavy rains in April, Pristina and the surrounding municipalities would have literally been without drinking water.”

A tale of two lakes

Sokol Xhafa is the Director of the Pristina Regional Water Company. He remembers that back in 2010 the company started some interventions that improved the situation to some degree. But there was a need for a long-term solution. Back then, the only sources of water distribution were two artificial reservoirs near Pristina – Lakes Batllava and Badovc. The amount of water in these lakes depends on the rainfall. And with climate change having affected the lakes water levels, supply could strongly fluctuate from excessive water accumulation to drought levels.

In 2014, Kosovars lived through the worst water shortage in three decades. “In March 2014, Badovc Lake had only enough water to last for one more month and Batllava for two. If we had not had a period of heavy rains in April, Pristina and the surrounding municipalities would have literally been without drinking water,” says Xhafa.

However, the situation changed for the better with the support of the €35 million Pristina Regional Water Supply project, including a grant of €5 million from the EU. Thanks to this investment and funding, channelled through the Western Balkans Investment Framework, the project saved Pristina from water shortage problems for years to come and ensured a reliable water supply for the surrounding region. The project involved the development of a new water source from Gazivoda Lake. The infrastructure enables water to be channelled from the Ibër Channel to the newly-built water treatment plant in Shkabaj. The new plant consists of a laboratory, an operation room and offices, with workshop and social rooms. 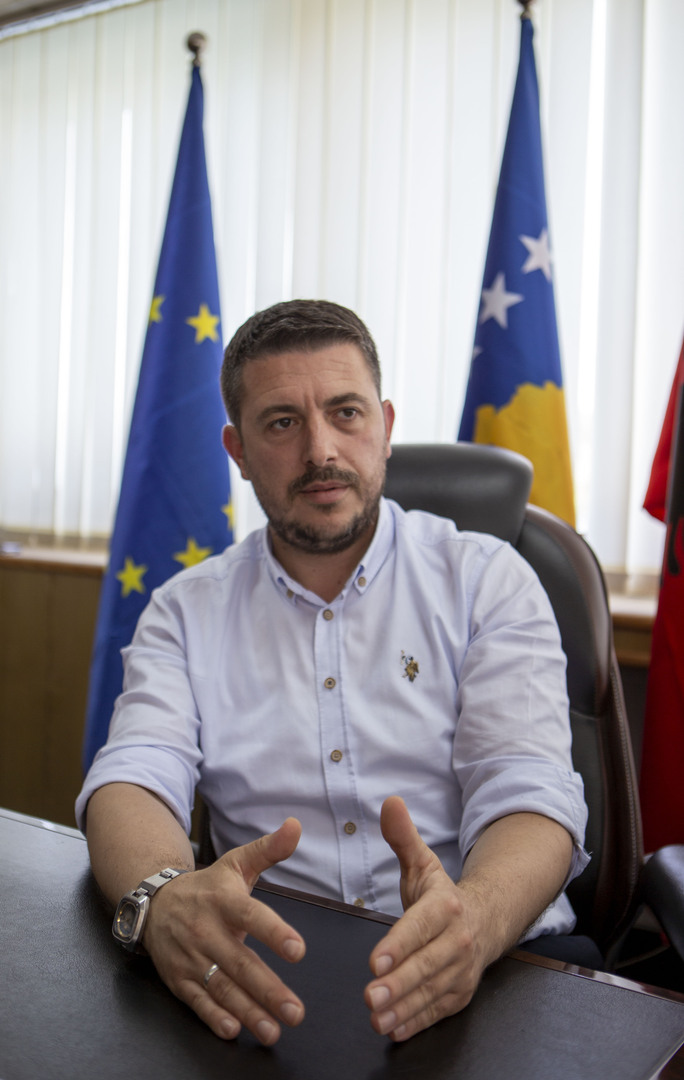 “If we had not had the new factory, we would have had to have announced an emergency, and Pristina and the surrounding municipalities would have been facing days with 12 hours without water on a regular basis over the past two years.”

“2019 and 2020 were the years with the longest drought season for some time. If we had not had the new factory, we would have had to have announced an emergency, and Pristina and the surrounding municipalities would have been facing up to 12 hours a day without water on a regular basis,” says Sokol Xhafa.

Water is drawn from the natural source and channelled through an open gravity pipeline to a station where it is pumped to the water plant to be treated, processed, and filtered. The Shkabaj water plant has a capacity of 700 l/s: enough to secure a cost-efficient and continuous water supply to the municipalities of Pristina, Obilic, Fushë Kosova, Gracanica and Podujeva.

Musa Hasani has certainly noticed the difference made by this project, with greater customer satisfaction and quality of life for the residents of Pristina and its region – and fewer angry phone calls for him to manage. The new infrastructure has also brought technological advances which enable the authorities to monitor the water levels of Badovc and Batllava Lakes, therefore ensuring the sustainability of the region’s water resources.

Pristina Regional Water Supply project benefitted from a combined investment of grants and loans channelled through the Western Balkans Investment Framework (WBIF). This included €5 million in grant support from the European Union, a €20 million loan from the KfW Development Bank on behalf of the German Ministry of Economic Cooperation and Development, and a €10 million contribution from the regional water company.

The Western Balkans Investment Framework (WBIF) is a donor coordination platform that pools funds from various sources, including the European Commission. The WBIF provides financing and technical assistance to strategic investments in the energy , environment, social, transport, and digital infrastructure sectors. It also supports private sector development initiatives.  It is a joint initiative of the EU, financial institutions, bilateral donors and the governments of the Western Balkans.