MEET THE CELEBRITY BEAR FROM MONTENEGRO

The brown bear’s precious habitat extends across Montenegro and BiH. By working in a cross-border project, scientists have gained new insights into these iconic creatures.

Borko is only five years old, but he is already a celebrity in Montenegro. Last year, he was all over the Montenegrin media and is still watched 24 hours a day, like a character in a TV reality show. Borko is a bear, and he is being tracked and monitored for scientific purposes as part of the EU-funded ‘Bear in Mind’ project.

Borko was captured a year ago when the project’s team of scientists fitted him with a collar with GPS tracker and satellite transmitter before immediately releasing him. The transmitter includes a card, which sends up to seven messages a day to the control centre giving his location coordinates. In this way, the project team are able to learn more about his movements, feeding, and other habits.

“The other day he swam eight times across Piva lake, which is a huge lake. We did not know that a young bear would be capable of this.”

Jasmin Murić is the coordinator of the project. He describes the surprises they’ve had from Borko’s movements:

“The other day he swam eight times across Pliva lake, which is a huge lake: he is a great swimmer. We did not know that a young bear would be capable of this,” he says. He describes another distinctive habit of Borko’s: spending most of his time in the deep canyons of the Sushica river, perhaps sheltering from the cold winters, where the air current is weaker.

The number of bears in the area where Borko lives is far from the minimum viable population, and they face a number of threats from humans. This is because of what Jasmin describes as an exaggerated perception of risks of bear attacks, habitat loss from urbanisation and climate change. Fragmented trans-boundary management has also been a challenge in the past. But bears know no boundaries, and that is why it was important to partner up with organisations in Bosnia and Herzegovina to share experiences and develop joint plans. By working across borders to monitor bears and manage their habitat, Jasmin knows that Borko and his wider family will be better off.

With the help of data gained from Borko’s GPS tracker, Jasmin’s team is working on developing a robust ten-year management plan, which will provide a strategic approach to better conservation of this species and its environment. For example, if Borko regularly goes out of the protected area of the Durmitor National Park, they may recommend expanding the park’s territory. If they see that he goes to the villages, then they can work on measures that would raise awareness among local inhabitants to ensure that bears are not threatened by traps.

By working across borders to monitor bears and manage their habitat, I know that Borko and his wider family will be better off 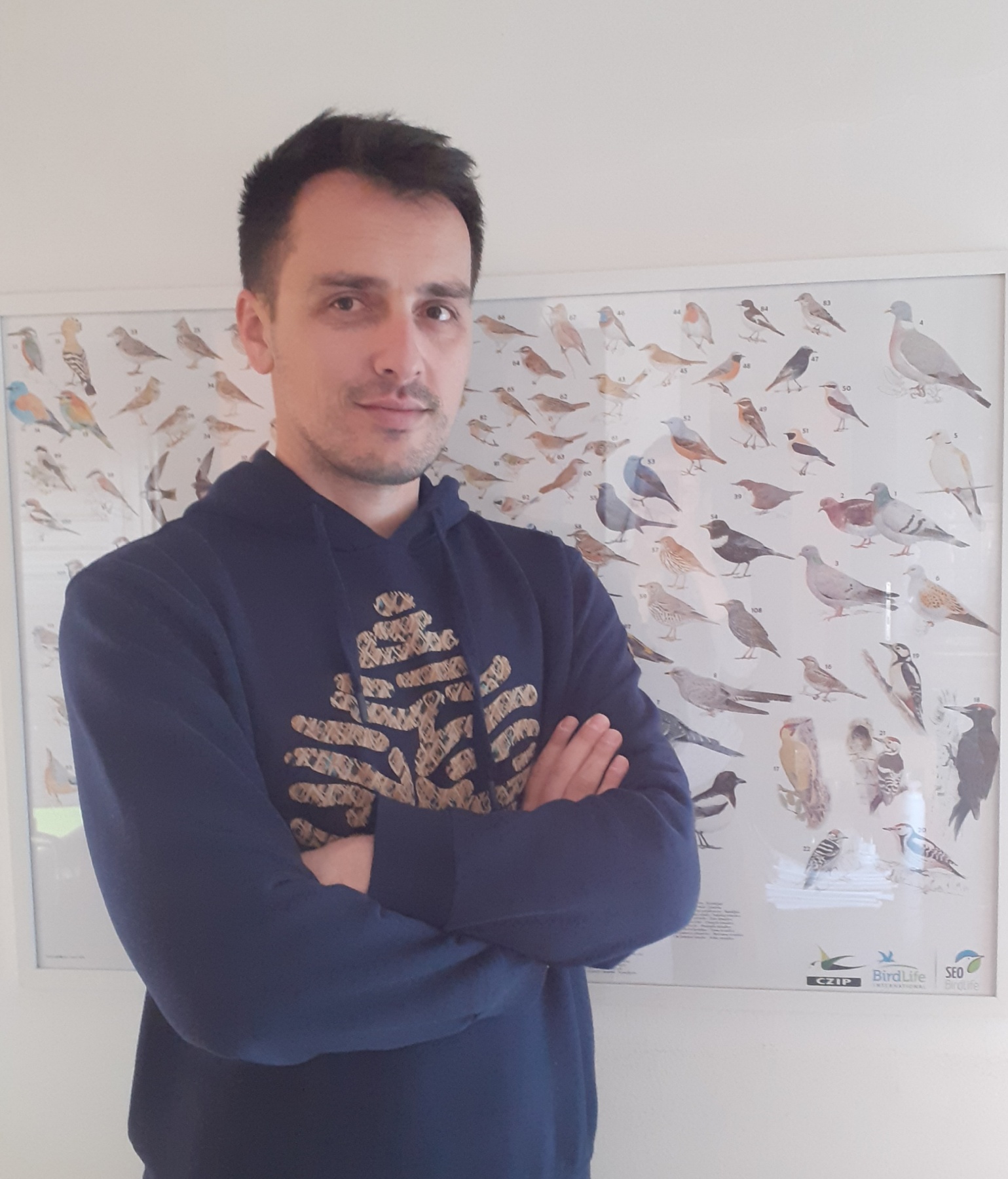 “By working across borders to monitor bears and manage their habitat, I know that Borko and his wider family will be better off.”

The project is not only about Borko or even the brown bear. The team is also planning to catch and tag two local species of birds – the rock partridge and black grouse. This should similarly help to give crucial insights to understand their habits and movements.

Borko is now hibernating in a den. Jasmin and his team expect him to be awake again by the end of April when they are looking forward to continuing to follow him. Jasmin explains that the information about the kind of habitat the bear uses for hibernation and the time he goes into this winter sleep and wakes up is important too. “This data can be important for us to come to some conclusions about how climate change relates to the bear’s seasonal habits.”

Photo credits: Centre for the Protection and Research of Birds