Ivana Babović lives in the picturesque village of Konjuhe near Andrijevica in northern Montenegro. The village is far from the coast and other places for which Montenegro is known among visitors. Agriculture had been the main source of income for Ivana, her four children and her husband until five years ago when representatives of the Regional Development Agency for Bjelasica, Komovi and Prokletije visited their village. They had come to talk about the villagers’ possible involvement in business through an EU-funded project. Ivana says this was a shock for her and her friends from the village, as their village was rarely visited by anyone, let alone by people inviting them to become businesswomen.

Apart from its natural beauties and traditional architecture, Ivana’s area is also rich in traditional cuisine. This is a result of the abundance of organic fruit and vegetables which have inspired a variety of traditional recipes which were very little known by outsiders until the start of this project. Delicacies include porridge prepared from corn, ground in the traditional way in the village mill; pies made with sorrel and homemade cheese; dishes with organic meat; and home-made rakija.

“When we started the first training, we were not very optimistic about the outcome, and the other people from the village were sceptical and to some degree making fun of us, saying ‘you are going to school’. But when the first visitor came, things changed.”

A journey from a village to international clients

Ivana was one of the first women to agree to become part of the project. She had been used to cooking for her family and hosting family and friends, but cooking and hosting strangers in return for financial compensation was a totally new game for her. “Until then I was a housewife. I didn’t have any idea about business, and the decision to embark on entrepreneurship was not an easy one,” she says. However, the project provided full support with skills related to professional hosting such as behaviour with visitors, food presentation and offering activities for tourists.

“Believe me, when we started the first training, we were not very optimistic about the outcome, and the other people from the village were sceptical and to some degree making fun of us, saying ‘you are going to school’. But when the first visitor came, things changed,” says Ivana. Her first visitor was a young woman from Belgium who stayed for three days, living and cooking with the family.

Five years later, Ivana and her family regularly host visitors from around the world, and tourism has become the main income for her family. One of her daughters is now even studying tourism and thinking of further increasing the business.

The EU-funded Cross-Border Cooperation (CBC) project on local cuisine as a tourism offer of the cross-border regionhas two major components. Ivana and her family benefited from the component on gastronomy routes which included support to village families and connecting villages in Albania and Montenegro with one another to offer an integrated route-based concept of tourism focused on gastronomy.

An equally important project component was including the traditional local recipes in the tourist offer by researching and preserving regional dishes and using these dishes in local restaurants and gastronomy routes including the development of tasting points at rural homes. The aim was to revive some of the forgotten dishes and train local chefs and cooks to prepare them, so that these dishes could find their place in the menus of local hotels and restaurants. 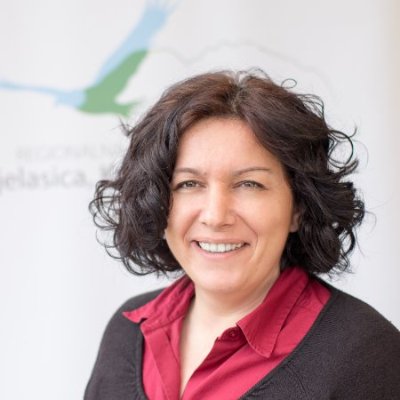 “We are very proud of the success of our cookbook as this is success not only for our project but also for the countries featured in this project.”

Jelena explains that the food is similar on both sides of the border yet has distinctive tastes and features. This important cross-border element has enriched the project and the tourism offer of the region.

The cookbook produced by the project won the first place in the food tourism category in the Food Culture 2021competition in June 2021. From June to September the book is on display at the Alfred Nobel Museum in Sweden. “We are very proud of the success of our cookbook as this is success not only for our project but also for the countries featured in this CBC project,” says Jelena Krivčević, the project manager.

The EU-funded “Local Cuisine as a Tourism Offer in the Cross-Border Region” project started in 2018 and ended in 2020. The aim of the project was to enhance the competitiveness of the tourism sector by including local gastronomy in the overall tourism offer of the cross-border area. The project was implemented by RDA Bjelasica, Komovi i Prokletije and the National Tourism Organisation from Montenegro in cooperation with Eco-Partners for Sustainable Development and Pukë Municipality in Albania.