Fighting pollution across the border

The border areas of Lipkovo in North Macedonia and Preshevo/ Preševo in Serbia are both municipalities with small populations: Lipkovo has 13,000 and Preshevo/ Preševo 27,000 inhabitants. With most of their inhabitants living in rural areas, they share a common culture, traditions, an economic system, and strong family and friendship ties. However, they also share an important problem: a high level of pollution from illegal garbage dump sites. There are 11 illegal dump-sites in the municipality of Preshevo/ Preševo and seven in Lipkovo.

“The number of people with infectious diseases was very high considering the relatively small size of the municipalities, and it was obvious to us that one of the main reasons was the illegal dump sites and polluted environment.”

Joining forces for a better environment

Due to their mainly rural economy and their size, neither municipality has sufficient funds to cover all services to their residents properly, and this is the reason why they were not able to provide waste collection services to all their citizens. However, as the municipality of Lipkovo had a good experience of support from donors, they joined forces with the neighbouring municipality of Preshevo/ Preševo on the Serbian side of the border, and decided to apply for EU funding to help them with this problem.

They jointly devised a project called “Less Garbage, Less Risk, More Health” and got support from the EU-funded North Macedonia – Serbia Cross-Border Cooperation programme. Through the project they purchased two waste collection trucks, 20 bigger waste collection containers and over 1700 small bins to be distributed to the households in the region. 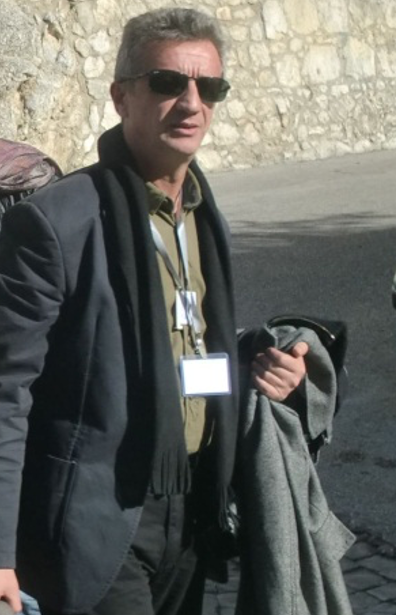 “These municipalities are underdeveloped, and there is a lack of funds for almost every sector. The EU support is therefore really important for resolving our problems – sometimes even the most basic ones.”

In addition to its support with equipment, the project will also launch an awareness campaign of leaflets and videos, in order to change citizens’ habits relating to the environment, encouraging them to use the newly-purchased bins for their waste.

This is not the first EU-funded project that Lipkovo municipality has benefited from. Aleksandar explains that because the municipality is on the border also with Bulgaria and Kosovo, they have been part of other cross-border cooperation programmes. “These municipalities are underdeveloped, and there is a lack of funds for almost every sector. The EU support is therefore really important for resolving our problems – sometimes even the most basic ones,” he says.

The EU-funded cross-border cooperation project “Less Garbage, Less Risk, More Health” started at the beginning of 2021 and will run until the end of 2022. The overall value of the project is over €250,000 with around 85% of this sum funded by the EU. The specific objectives of the project include:

increasing capacities for managing man-made risks and hazards related to solid waste disposal and protection of the environment; increasing capacity and improving institutions’ approach to services for organised waste collection; awareness-raising among local residents on the consequences of pollution; and mitigation of infectious diseases.