Bridging the gap over the River Sava

The EU-backed new bridge between Croatia and BiH will be a ‘game-changer’ for local economies and beyond, easing connections between the Western Balkans and the EU.

Teran Mušinovič is a truck driver from Bosnia and Herzegovina (BiH). For years he has travelled frequently to Croatia and other EU countries transporting goods. He explains that one of the hardest parts of his job is waiting at borders. The most difficult of Bosnia and Herzegovina’s border crossing point for him is at Gradiška. “We wait for five, six, seven sometimes even eight hours, at Gradiška,” says Teran.

Gradiška is a town in the north-west of Bosnia and Herzegovina, situated on the right bank of the Sava River across from another small town, Stara Gradiška, which is in Croatia. Gradiška used to be a quiet little place with only occasional visitors. However, when Bosnia and Herzegovina and Croatia gained their independence, the town became the main border crossing point between the two countries. Long lines of vehicles and frustrated drivers are a common sight now in Gradiška as the route to the border runs through the town for approximately two kilometres, causing traffic congestion, bottlenecks and air pollution.

“Back then, the bridge was built to connect two small towns. But now it’s at a border crossing point, and this has caused problems with long traffic queues at the border and within Gradiška town.”

A bridge between people and economies

Davor Vučković works as a coordinator at the JP Autoputevi public enterprise, the motorway company in Bosnia’s Republika Srpska. He explains that the old bridge now connecting two countries at the Gradiška border point was constructed in the 1970s. “Back then, the bridge was built to connect two small towns. But now it’s at a border crossing point, and this has caused problems with long traffic queues at the border and within Gradiška town,” says Davor.

With the support of the European Union, the situation is now changing. As part of the Corridor Vc investment project – the largest infrastructure project in the country’s history – a new bridge, coupled with cross-border facilities, have been built outside the urban centre. Officially connected in October 2021, the 430-metre bridge over the River Sava now links not only BiH and Croatia but also the Western Balkan region with the EU.

The modern facilities and improved infrastructure is expected to slash waiting times at the border on Route 2a, which runs almost 240 km from Lasva (Zenica) in Bosnia and Herzegovina via Banja Luka, to Okučani in Croatia. Altogether, the bridge, border facilities, and a section of the Route 2a motorway between Banja Luka and Gradiška already completed in 2011, received over  €3 million in grants from the European Union and a loan of €65 million from the European Investment Bank, the EU’s lending arm. 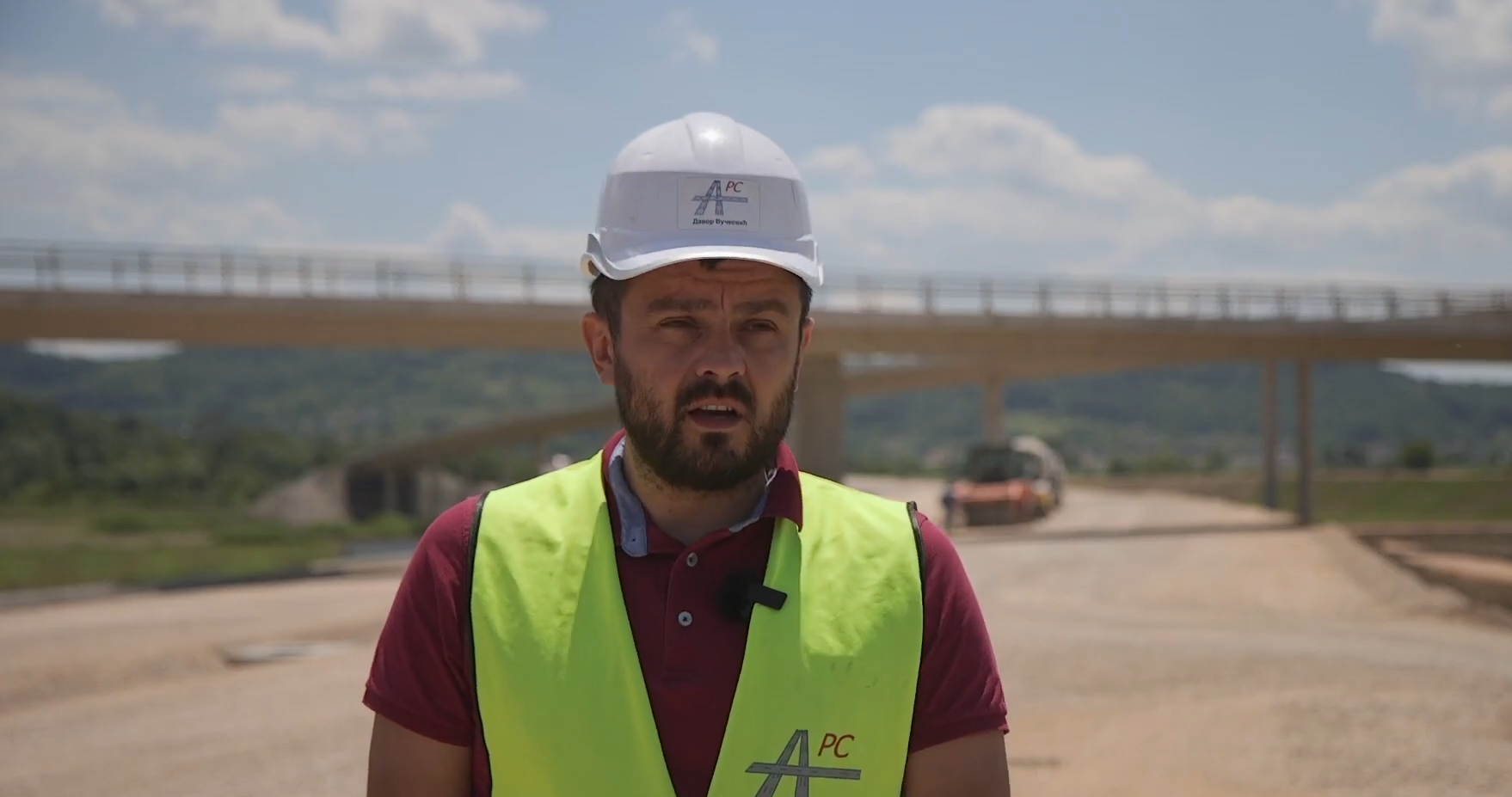 “With 105 km already built in the Republika Srpska and about 115 km in the Federation of Bosnia and Herzegovina, with the support of the EU, BiH has more than 200 km of the most advanced motorway network with the highest safety standards for all users on the roads.”

As Davor explains, thanks to this investment, the flow of goods and people will significantly increase, with the smoother traffic flows and quality connections also contributing to improved safety. “With 105 km already built in the Republika Srpska and about 115 km in the Federation of Bosnia and Herzegovina, with the support of the EU, BiH has more than 200 km of the most advanced motorway network with the highest safety standards for all users on the roads.”

But it’s not just about better links between BiH and Croatia. The new border crossing will also provide a link into to the wider Trans-European transport network, which will be a game-changer for the local economy. For Teran and his many colleagues, this means that in the future lorry transit to the EU will be faster. The cross-border crossing will also have wider impact – creating new jobs, and both literally and metaphorically bringing opportunity to ‘build bridges’ between cross-border communities and cultures.

The pan-European corridor Vc in Bosnia and Herzegovina is the first major motorway and the largest infrastructure project in the country´s history. To date, the European Union has invested over €225 million in grants combined with close to €1 billion in loans through the European Investment Bank, for the construction of 12 motorway sections of Corridor Vc in BiH and one cross-border bridge.

This financing is channelled through the Western Balkans Investment Framework, an EU-led donor investment platform that pools grants with implementing partner financing to support EU enlargement and socio-economic development in the region.