A river turned from a danger to a delight

How an EU project and community cooperation has helped stem the floods and improve livelihoods for people in the border region between Kosovo and North Macedonia.

Cernica is a village with around 600 inhabitants on the Kosovo side of the border with North Macedonia. The river with the same name running through the centre of the village makes it one of the most beautiful areas in the region but also one of those most vulnerable to floods. Fatlum Mehmeti from Cernica is proud of the natural beauty of his village and its hardworking population, but he adds that their life could be much better if they could just avoid the smell coming from the river because of the wastewater pouring into it, and damage caused by the floods. “Each and every autumn and winter, we lived in anxiety about the possible damage that the floods would cause to our houses, arable lands and lives,” he says.

The problem of floods is not exclusive to Cernica. The whole border region has had this problem for decades, and with a changing climate, the frequency of floods has increased. Only this summer, over 60 families in the region had to be evacuated from their houses because of flooding. There were no human casualties, but the material damage was significant. The municipality of Gjilan/ Gnjilane estimated the damage from this year’s floods as up to €1.5 million. Over 30 houses became uninhabitable, five bridges were ruined and acres of arable land were damaged.

“For many years now, the villagers have been lobbying the local authorities and our management to help them repair the riverbed so the impact of the floods could be decreased.”

Besim Haziri from the Hidromorava public water company in Kosovo explains that floods have natural causes, albeit with considerable human impact as a result of climate change. However, in the case of Cernica and the region, the floods are also the result of a lack of proper infrastructure. “For many years now, the villagers have been lobbying the local authorities and our management to help them repair the riverbed so the impact of the floods could be decreased,” says Besim.

Although very willing to help, the company and local authorities lacked financial means and the expertise for this important project. An opportunity arose in 2019 when they found they could get support from the EU-funded cross-border cooperation (CBC) programme for Kosovo and North Macedonia. The Hidromorava company successfully applied together with Public Enterprise Vodovod Kumanovo, from the city of Kumanovo across the border. It was the beginning of a project they called “Substantial environmental and health benefits in cross-border area”, which would have a long-term positive impact on the lives of local residents.

Over two years, the project made some substantial infrastructure interventions. This included rearranging the riverbed and reducing soil contamination by separating wastewater and rainfall – all of which means that wastewater no longer flows directly into the river and also gets rid of the lingering smell. In addition, the project introduced some aesthetic changes by creating a promenade along the river and seating and recreational areas. Similar improvements were made on the other side of the border in the municipality of Kumanovo. 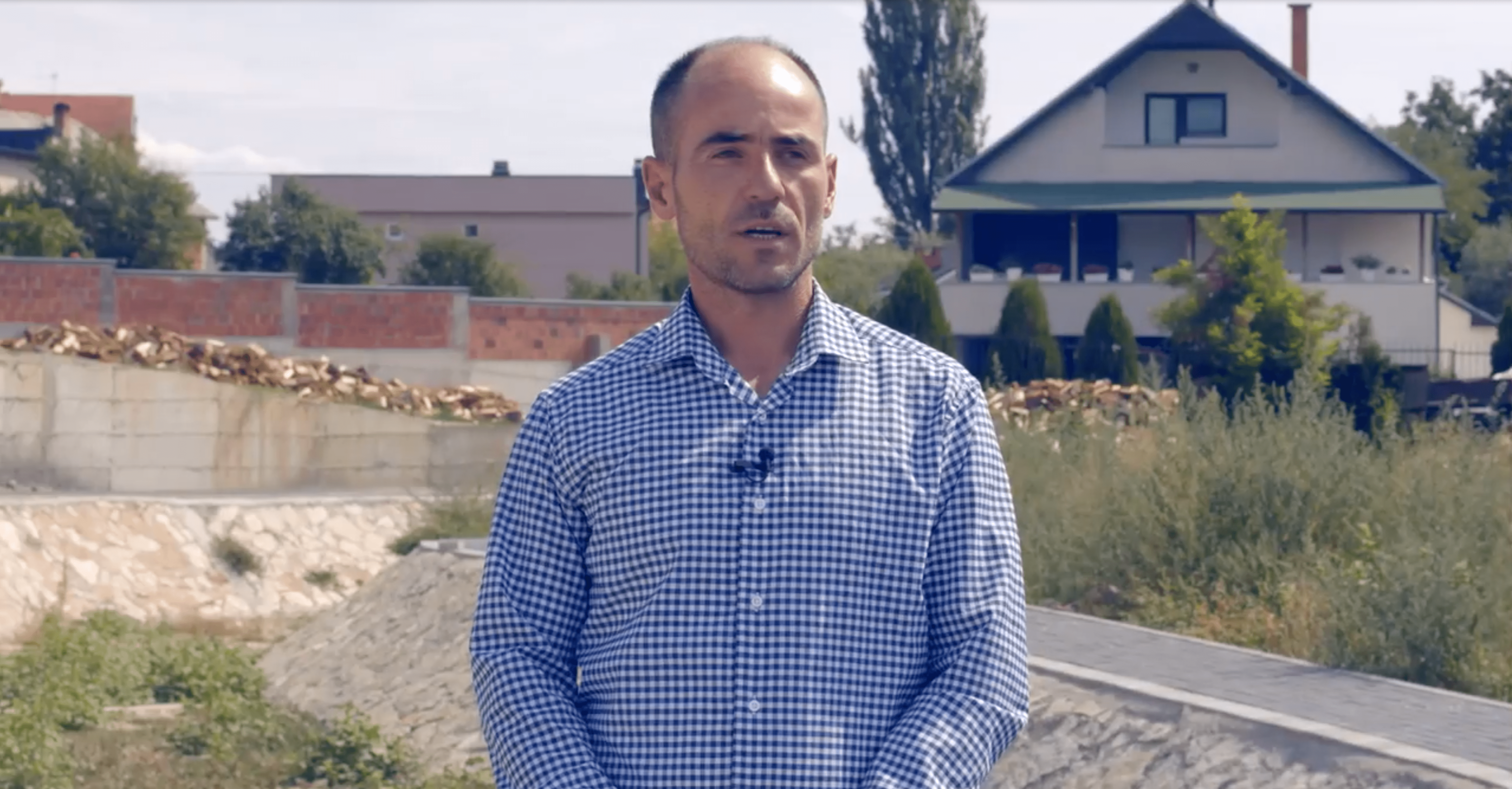 “Thanks to the EU support, now we don’t have to worry about the danger to our lives and our property from floods every winter.”

To ensure sustainability, the project also launched and implemented an environmental awareness-raising campaign on keeping the river and the surrounding area clean. Besim notes that apart from EU funding, the cross-border exchange of expertise and ideas with colleagues from Vodovod Kumanovo has had a considerable impact on the success of the project.

Fatlum explains that this project has had an important impact on their lives. “Thanks to the EU support now we don’t have to worry about the danger to our lives and our property from floods every winter,” he says.

The EU-funded “Substantial environmental and health benefits in cross-border area” CBC project was launched in February 2020 and completed in October 2021. The overall value of the project was over half a million euro.