A LIFE-CHANGING EXPERIENCE WITH ERASMUS+

Ahmed, a visual arts student from Bosnia and Herzegovina, recounts how his student exchange in Turkey ‘changed him as a person’

Ahmed is one of many visual arts and communication design professionals in Bosnia and Herzegovina. However, he took an unusual route to his current profession. Ahmed studied theology at high school. “To be honest, during my high school education, I didn’t think I was talented, and this affected my overall psychological well-being. I was really depressed because I could not figure out what subject I should study at university,” he says.

Ahmed was in doubt about his future profession throughout high school but just before graduation his best friend told him that he was planning to apply to study visual arts and communication design at the International University in Sarajevo. Ahmed decided to try to join him though he was not at all sure he had enough talent for this new endeavour. As he explains, it was an instinct coming from inside that made him take this decision. To his surprise, he was selected. Apparently, he did have talent.

“I became deeply involved in all the subjects. I had little background knowledge, but I was willing to learn and explore. To fill the gap, I worked hard day and night”

Hard work pays off
The course included various subjects such as graphic design, photo, video editing and painting. All of these subjects were totally new to Ahmed. “I became deeply involved in all the subjects. I had little background knowledge, but I was willing to learn and explore. To fill the gap, I worked hard day and night,” he says.

His hard work paid off. Ahmed won a scholarship from the university that covered 50% of his tuition fees. As he continued to improve and gain in self-confidence, he started to make plans about expanding his skills further with international experience. But he did not have financial means to do this, so he knew he needed to find support.

The official language at the International University in Sarajevo is English, a language that was not one of Ahmed’s strong points. He therefore had to take a language course for non-English speakers. He explains that participation in this course contributed to opening his mind and way of thinking because, in addition to the language learning, the same course included topics like critical thinking and career planning. The professor also introduced them to the ERASMUS+ programme that provides scholarships for students who want to study abroad. Ahmed jumped at the opportunity.

A Turkish delight
He was given an opportunity to continue his studies at Anadolu University in Eskisehir in Turkey. Ahmed explains that at that time he was happy to go anywhere. He had never heard about this university and he did not even google it. “When I got there, I realised that it was the best choice I ever made because I fell in love with the city, the university and the people. I felt like I was not on this planet. Those five months were the best five months in my life,” says Ahmed. 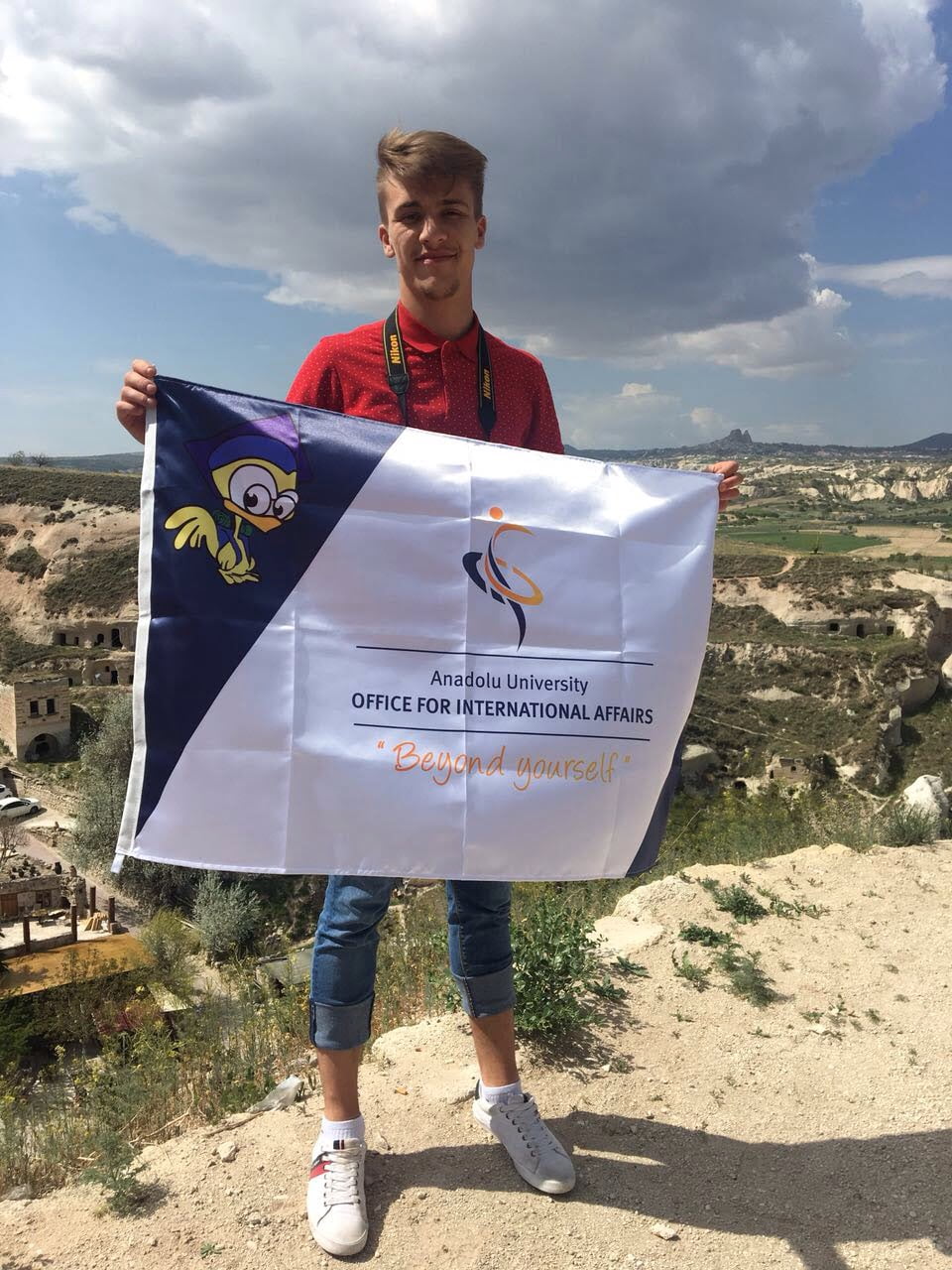 “It sounds clichéd, but I became more open-minded. I changed for the better.”

One of the things that he says he appreciates most from the experience at the Eskisehir university is the approach of the professors who were very supportive and ready to help whenever he needed. He remembers that this was particularly true for visiting students like him. Ahmed considerably developed his professional capacity during his stay at the Anadolu University, but he also gained other benefits.

Growing confidence
Ahmed says that before going to Eskisehir, he was more introverted. The experience in Eskisehir changed him. When he came back to Sarajevo, he realised how different he was. He began to apply for voluntary programmes and projects and became a regular at the university’s voluntary service.

“As things were so great on my Erasmus programme I wanted to connect to other EU programmes. I recently became a member of the Erasmus student network. It sounds clichéd, but I became more open-minded. I changed for the better,” says Ahmed.

Ahmed graduated this summer and is currently working part-time, but he aims to find a full-time job that is fully related to his major. At some point in the future, he hopes to establish a business of his own.

ERASMUS+ is the EU’s programme to support education, training, youth and sport in Europe. Its budget of €14.7 billion provides opportunities for over 4 million Europeans to study, train, and gain experience abroad.