Bogdanci is a small town in North Macedonia close to the border with Greece. The area is known for strong winds that blow throughout the year. The constant wind in Bogdanci is known as the Vardarec, which blows along the valley of the river Vardar at an average speed of 7.2 m/s, which makes it a pretty strong wind for this part of the Western Balkans. This is the reason that the feasibility study funded by the EU’s Western Balkans Investment Framework (WBIF) identified Bogdanci as the ideal location for the first wind farm in North Macedonia.

The wind park is on a site selected following an extensive analysis of data and wind flow simulation. The construction of Phase I of the park, financed by loans from KfW and the electricity generation company ELEM, was completed in 2014 and has a capacity of 36.8 MW and average annual production of around 112 gigawatt hours, which supplies green energy for approximately 16,000 households in the south of the country.

In the first phase, 16 wind turbines were installed and a 11-kilometre-long 110 kV transmission line was constructed, along with a substation and access roads which connect the wind park with the energy network. Phase II is ongoing and will add 14 MW in electricity generation capacity to the existing facilities, to bring total capacity to 50 MW according to the original plan.

“North Macedonia has set very ambitious climate targets. For starters, there was the Paris Climate Agreement and the fact that the country is committed to reducing greenhouse gases by 52%. By the end of the decade, the country also has to have shut down the thermal power plants that are powered by coal, and that puts the country in a very difficult situation. Everyone will benefit from the wind parks’ green energy, whether it is for households or industry: everyone will use green energy,” says Robert Sarlamanov from KfW Development Bank. 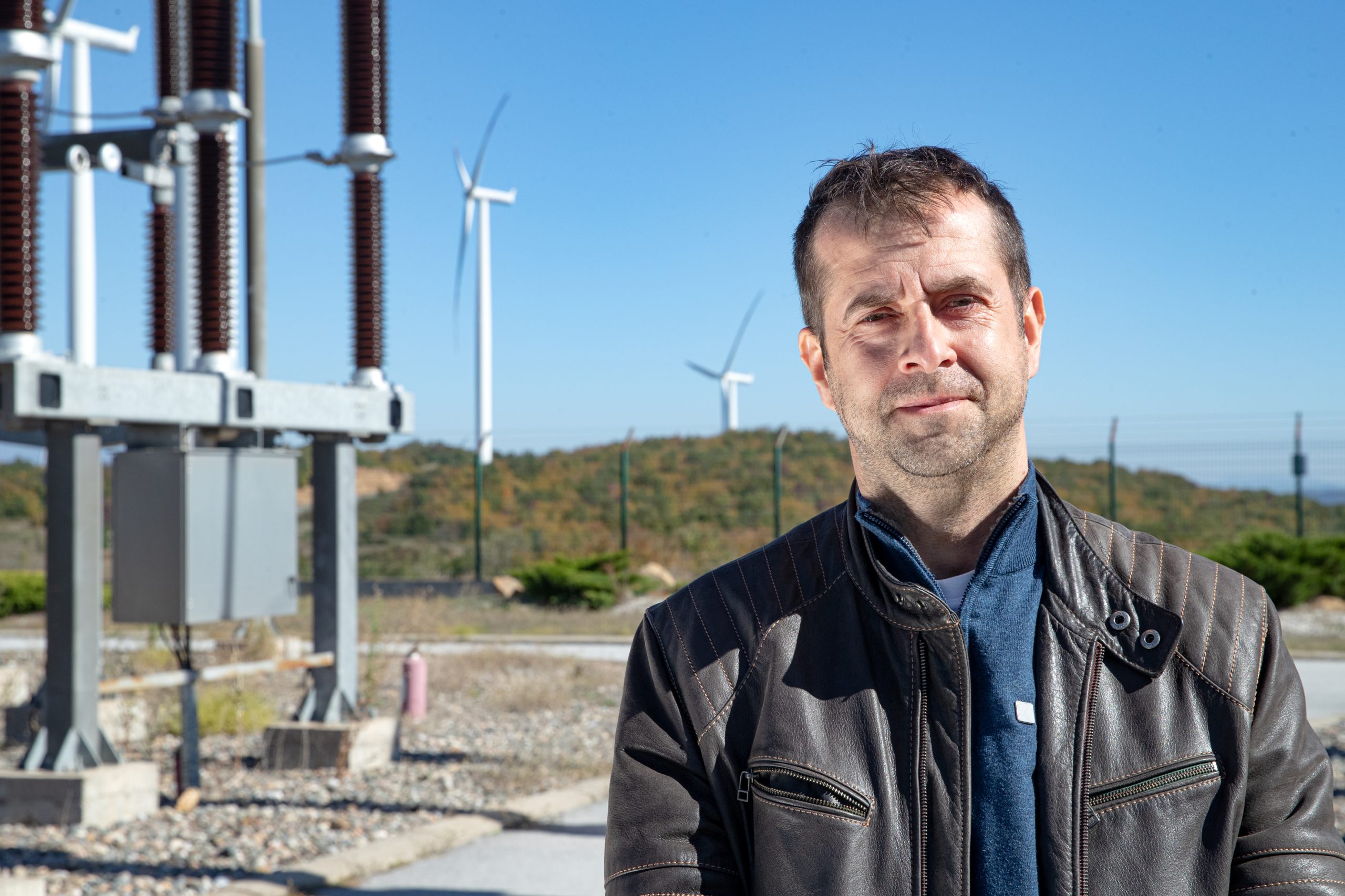 The wind park is having a considerable impact on the energy supply of the region. “Average annual production will be around 112 gigawatt hours. To simplify, it would cover the annual consumption of energy for about 16,000 families, which would be approximately the annual consumption of the energy of the households from the neighbouring towns of Gevgelija, Bogdanci, Valandovo and Dojran,” says Goce Dzambalovski from Power Plants North Macedonia.

In recent years, North Macedonia has achieved the greatest progress in the Western Balkans in energy transition. The country is conducting renewable energy auctions, replacing coal with solar power and gas, and signing strategic investment deals not only for large wind parks but also for photovoltaic plants. According to the Balkan Green Energy portal, electricity production at North Macedonia’s renewable energy power plants increased 14.7% last year against 2020, while output at coal-fired power plants fell 17.1%. The share of renewable energy in total electricity production also increased, from 29.2% to 31.4%, thanks to flagship projects like the Bogdanci Wind Park project.

The Western Balkans Investment Framework (WBIF) was jointly launched in 2009 by the European Commission (the Directorate-General for Neighbourhood and Enlargement – formerly DG ELARG, now DG NEAR),international financial institutions and bilateral donors, to enhance harmonisation and cooperation in investments for the socio-economic development of the Western Balkans. Together with the Western Balkan beneficiaries, the WBIF forms a unique partnership, defining priorities and support packages needed for strategic investments and institutional reform. The WBIF contributes to the European perspective of the Western Balkans not only by supporting investment projects improving competitiveness and growth, but also by reinforcing regional cooperation and connectivity.