Stories / TIME TRAVEL: HOW A SKOPJE SCHOOL MOVED INTO THE DIGITAL AGE

TIME TRAVEL: HOW A SKOPJE SCHOOL MOVED INTO THE DIGITAL AGE

How large-scale infrastructure investments freed up resources to finance modern, digital teaching tools in a school in North Macedonia.

One of the oldest schools in North Macedonia’s capital, Skopje, is called 25 May. Built in 1967, it currently accommodates about 1,500 pupils. For almost 50 years, no significant refurbishment activities were carried out. The windows, toilets, roof and even chairs and desks were the same as in the 1970s, making the school look almost like a museum.

Fadil Murtezani studied in this school as a child in the 1970s. He remembers that back then the school was known as one of the fanciest in the city. Forty years later, in 2011, he became the Director of the school. “The roof was leaking, we had problems with cold in the winter, and even the chair and desk that I used to sit at were still there. I saw my name on it,” he says with a hint of nostalgia.

Along with the new management team, Fadil took the initiative to improve things urgently.

“The infrastructure investments for the school freed up resources to finance modern, digital teaching tools.”

Renovation works originally started as an initiative of parents. They began with minor renovations, painting the school fence and tidying up the schoolyard. However, this was far from enough. The school needed much more significant work, and there were no funds. However, the drive and enthusiasm from the local community came to the attention of the Ministry of Education and Science, which soon approved a request for renovation and reconstruction of the school financed with support of the Western Balkans Investment Framework (WBIF). WBIF is an EU-facilitated platform that pools resources from various sources, including the European Commission, bilateral donors and international financial institutions.

As a result, the 25 May School renewed their roof and the facades of the school building, replaced windows and refurbished floor surfaces and the heating and electrical systems. This modernisation effort has especially improved the energy efficiency of the school, allowing it to save energy while improving teaching conditions. The energy savings, of more than 100% annually, generated by these investments have freed up financial resources which were allocated for other use.“The freed-up resources were used to finance modern, digital teaching tools. The pupils could thus start on an equal footing with those living in the European Union. The changes brought by this WBIF project have enabled a series of international exchanges with other schools from Albania, Kosovo and Serbia,” says Fadil. 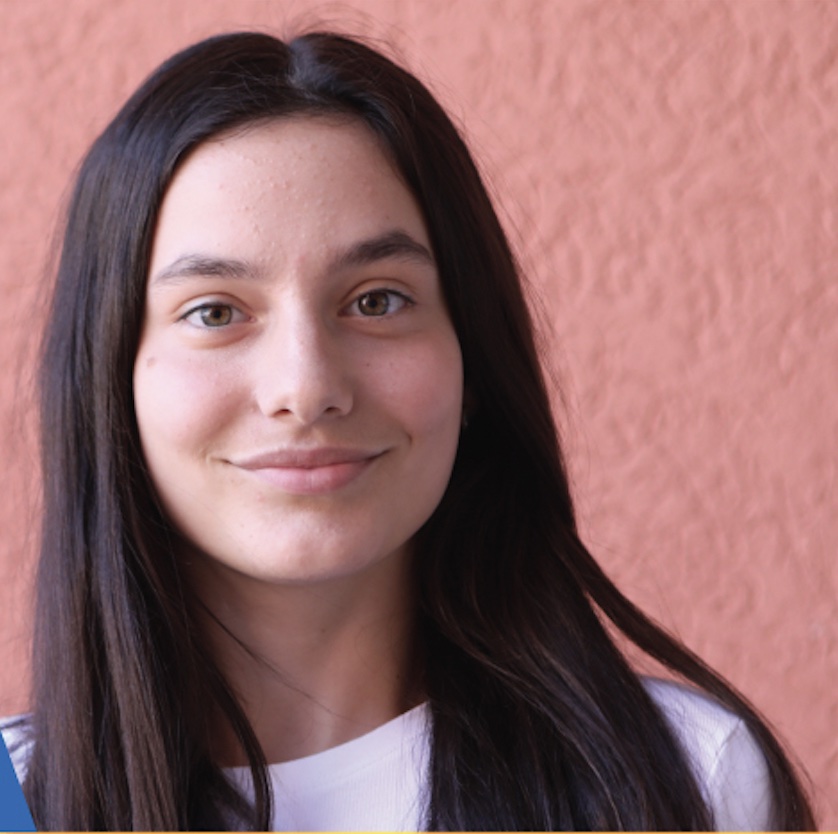 “Our classes are now more interesting, and we have much more fun; we consider ourselves lucky and we are proud of our school.”

Anila Ibishi, a ninth grade student at 25 May School

The teachers and pupils of the school now have new furniture and teaching equipment, such as interactive whiteboards and video projectors in each classroom, improving pupils’ digital skills. “Our classes are now more interesting, and we have much more fun, we consider ourselves lucky and we are proud of our school,” says Anila Ibishi, a ninth grade student at the school. As well as providing better digital access, the renovations also improving access for pupils with disabilities.

The school is a flagship and other educational institutions in North Macedonia are taking it as a reference point for access to adequate education infrastructure.  Attaining European educational standards in the 25 May School has attracted attention and admissions of new pupils. Fadil says proudly, “The enrolment rates have also increased significantly after the renovation, as residents from other municipalities apply”.

The 25 May School refurbishment is part of a larger-scale project involving the construction of 70 new physical education facilities in primary and secondary schools and the refurbishment of 60 primary and secondary schools throughout North Macedonia. The project benefited from a combined investment of grants and loans channelled through the EU-facilitated Western Balkans Investment Framework. This included two grants made available by WBIF bilateral donor contributions, as well as two loans totalling €42.5 million from the Council of Europe Development Bank (CEB).

The Western Balkans Investment Framework (WBIF) is a donor coordination platform that pools funds from various sources, including the European Commission. The WBIF provides financing and technical assistance to strategic investments in the energy , environment, social, transport, and digital infrastructure sectors. It also supports private sector development initiatives.  It is a joint initiative of the EU, financial institutions, bilateral donors and the governments of the Western Balkans.