Protecting habitats that are good for people, plants and animals

Shkodra Lake is the largest in the Balkan Peninsula. The lake in the north of Albania and the border with Montenegro runs through it. As a nature reserve, it is one of Europe’s richest areas for biodiversity, with abundant fish and bird species which can only be found here. The lake also plays an important role as a transit area – the so-called Adriatic Flyway – for hundreds of thousands of migratory birds.

However, for a long time this rich natural life has been at risk from man-made pollution and exploitation. There was a need for intervention and expertise to introduce best practices from the European Union which have resulted in the first Lake Shkodra Management Plan.

“With EU assistance, a new era began of the proper management of protected areas.”

The management plan was put in place by the National Agency for Protected Areas (NAPA) and implemented by the Regional Administration for Protected Areas. Age Martini, Shkodra’s Regional Administration Chief Monitor, confirms that the plan has been a game-changer in the staff’s approach to protected area and securing the desired outcomes. “The staff in our regional office now have a clear idea of the protocols to be followed within the area and how to use new equipment to produce reports on flora and fauna,” she says.

The plan began to be implemented with EU assistance that brought know-how from experienced EU Member States. Their support ranged from wildlife monitoring, training and other capacity building, to developing relationships with the communities living in the protected area, as well as providing the professional equipment that help staff get the work done. “With EU assistance, a new era began of the proper management of protected areas, as each member of staff has clear guidance while all of us know the overall objective,” says Martini, giving the example of how even the relationship with tourists now has a protocol.

Protected areas and NAPA growing together

Over recent years there have been millions of tourists registered annually across all Albania’s protected areas. This success is attributed to the management plans that NAPA has developed with EU assistance which are being implemented across the country’s protected areas. Albania is getting a reputation among tourists who are attracted by its low prices, good food and great nature.

However, the focus remains the protection of biodiversity through the monitoring mechanism tools in protected areasintroduced in line with the Natura 2000 EU standards. Now, more than 100 NAPA staff are trained to deal with wildfires and natural disasters; they know the process of collecting and processing information about wildlife systems, and above all have strategies to increase cooperation between the communities living in protected areas and the areas’ management. 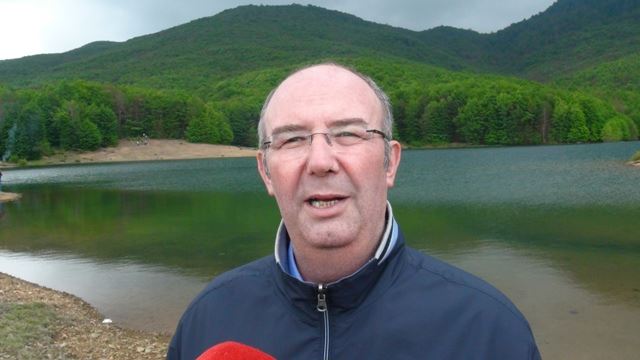 “We’ve seen communities switch their position from being sceptical about our intentions to becoming supporters of the positive change it has brought to their areas.”

NAPA Director, Zamir Dedej, confirms that there are huge benefits to having long-term objectives that prioritise both the natural habitat and the communities living there. “We’ve seen communities switch their position from being sceptical about our intentions to becoming supporters of the positive change it has brought to their areas.” Dedej explains that communities now understand that their activity needs to be monitored, and that this contributes to reducing illegal practices such as illegal logging or hunting. Moreover, they have understood that the better the protected parks are managed, the more tourists and economic benefits there are for everyone.

Such positive developments are credited to the EU’s assistance, which came at the time when it was most needed, with NAPA having become operational only in 2016. Since then, Albania has made significant progress in expanding the network of protected areas and increasing the level of implementation of its management plans from 19% to 53%. These results have encouraged the Agency further and they are positive that the cooperation with the EU will continue with a new phase that will further reduce biodiversity loss but also prevent environmental crime and increase investments in protected areas in Albania.

The NaturAl project has contributed to bringing the network of protected areas in Albania in line with the EU’s Natura 2000 network, and by embracing EU standards, Albania is making progress towards EU membership.

From 2015 to 2019, focusing on ten selected protected areas, it worked to strengthen the management of protected areas in Albania focusing on: training and capacity building of the National Agency for Protected Areas and regional agencies; wildlife monitoring; providing equipment; and strengthening community relations.