Cheesemakers from Bosnia and Herzegovina increase their production and workforce with EU support.

When Tomislav Puđa was 20 years old, his father died, and Tomislav took up the family tradition of cheese making. The Puđa family specialise in the production of Livno cheese which is a hard cheese made from cow’s milk, sheep’s milk, or a mixture of the two. In the shape of a wheel, the cheese matures naturally under its rind for at least 60 days and has a robust flavour which can be slightly tangy. The recipe was introduced to the Livno region to match the taste of the imperial nobility in the time of Austro-Hungarian rule.

“My father always dreamed of our business growing bigger and having a small dairy. My brother and I decided to make this dream come true.”

From an artisanal cheese to a big company

Tomislav’s grandmother and grandfather had produced the cheese in small amounts in their cellar. In the 1970s, they decided to commercialise this product and sell it in the tourist region along the Adriatic coast. Although the quantities were not large, sales were good enough to make a living for the family. Tomislav’s father continued this tradition, and Tomislav helped.

“My father always dreamed of our business growing bigger and having a small dairy. My brother and I decided to make this dream come true,” says Tomislav.

The Puđa Eco Cheese dairy was founded in 2003, and has been growing ever since. Today, the dairy produces a dozen different types of cheese, and has won a number of international quality awards, most notably a gold medal from the International Cheese Fair held in Austria in 2014.

In 2019, guided by the idea of modernising the production process and strengthening the dairy’s long-term position on the domestic and foreign markets, the Puđas’ company responded to a public call for grants published within the EU4Business project, funded by the European Union and the German government and implemented by the United Nations Development Programme (UNDP), the International Labour Organisation (ILO) and the German development cooperation organisation, GIZ. Thanks to the EU4Business project, the dairy replaced obsolete cheese barrels with larger and modern ones, procured cutting and weighing machines and new shelves in the ripening facilities, and installed systems for maintaining the microclimate in the dairy. Construction work has also contributed to improving the overall quality of the production process in the dairy.

The total value of this investment amounted to over €380,000, of which the European Union provided nearly €150,000 in grants. The modern equipment has improved workflow and quality, reduced production costs, and contributed to increased productivity. “Modern technology has reduced errors to a minimum which is important to us in terms of quality continuity. One thing we saw right off is that the new equipment has better milk utilisation, meaning that today we get more cheese with the same amount of milk. As a result, our market competitiveness has now improved,” says Tomislav. The improvements achieved through the EU4Business project also mean new opportunities for expanding the production and marketing of cheese outside the borders of Bosnia and Herzegovina. 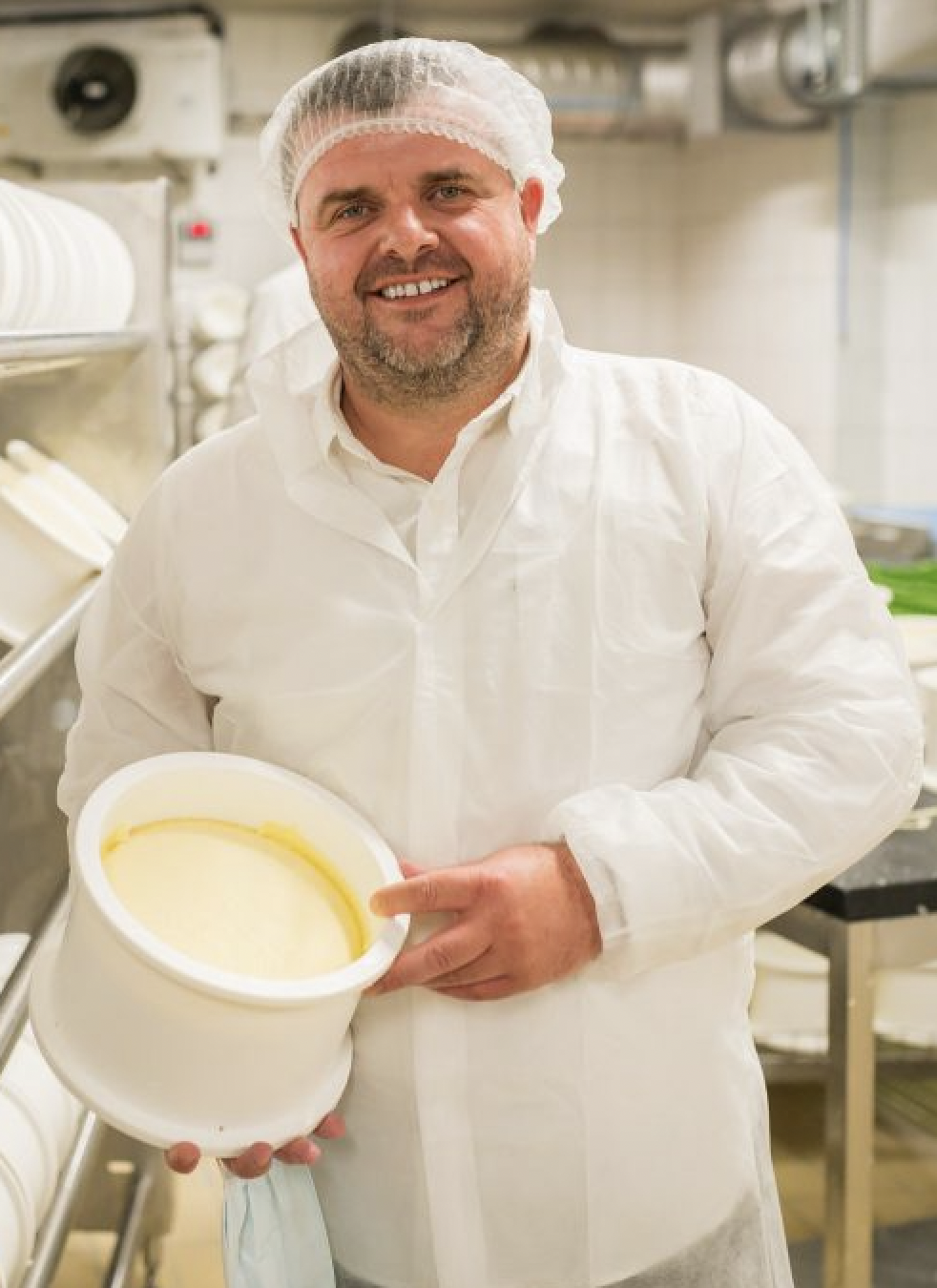 “People are our greatest asset. With the new machines, our workers have better working conditions and they can do their job faster and more easily.”

Nearly 40 people work in the dairy, including seven people employed thanks to the EU4Business investment. New hires increased production levels, but also ensured better product quality control. As Tomislav says, “People are our greatest asset. With the new machines, our workers have better working conditions and they can do their job faster and more easily”.

EU4Business is an EU project that aims to strengthen Bosnia and Herzegovina’s capacity for economic growth and employment by fostering competitiveness and innovation in selected sectors. has a budget of €16.1 million: €15 million funded by the European Union and €1.1 million by the Federal Republic of Germany.

EU4Business is part of the Local Development Strategies – Local Self-Government and Economic Development Programme in Bosnia and Herzegovina of the German Federal Ministry for Economic Cooperation and Development (BMZ).