Cycling: a growing trend in Podgorica

On your bike! How an NGO from Montenegro is pushing pedal power into the mainstream, with EU support.

Situated on a plain, with an area of around 100 square kilometres and a borderline Mediterranean climate, Podgorica – the capital of Montenegro – has all the ingredients needed for making an urban cycling haven. However, the city lacked even the most basic of infrastructure for proper cycling until grassroots civil society organisation Biciklo.me introduced cycling as a mainstream culture in the city in 2013. “We really wanted to turn Podgorica into a city that is good for cycling, and safe for cycling, and we want to make that visible also for people who do not use bikes – yet” says Sonja Dragović, one of the members of the organisation.

In the spring of 2012, the first Bike-Up was organised: people were invited via social media to get together and celebrate Earth Day by going for a bike ride. The turnout inspired new initiatives and soon the small group of cycling enthusiasts started organising regular monthly Critical Mass rides in Podgorica. On a sunny day, these would attract several hundred cyclists of all ages and background. In a city of around 200,000 inhabitants, with almost no cycling infrastructure, that was already a positive start.

“Back in Vienna and Copenhagen I learned how to cycle in urban settings, thanks to the amazing cycling infrastructure these cities have developed. When I came back to Podgorica, I thought “OK, now I need to get a bike and I also need to get together with these people from Biciklo.me”

Having a say in urban mobility

Sonja Dragović became part of Biciklo.me after she got her master’s degree in urban studies, which included periods of study in Vienna and Copenhagen. Before that, she used to cycle occasionally, but during her studies she started to use her bike as a regular means of transport. In the meantime, she had been following Biciklo.me on social media. “Back in Vienna and Copenhagen I learned how to cycle in urban settings, thanks to the amazing cycling infrastructure these cities have developed. When I came back to Podgorica, I thought “OK, now I need to get a bike and I also need to get together with these people from Biciklo.me” says Sonja.

Biciklo.me started as a free association initiative, involved only in organising the mass cycling rides to contribute to the visibility of cyclists in Podgorica. In 2013, an opportunity to obtain some funding for improving cycling conditions presented itself, so the initiative registered as an NGO, and successfully implemented its first project – installing the first proper bike racks for bicycles to be parked in 18 locations in Podgorica.

Since then, they have developed and managed numerous small projects that have improved the city’s cycling environment. “Basically, we are working along several different but interconnected paths: improving infrastructure, traffic and mobility-related policies, and educating the public on the benefits of sustainable urban mobility,” says Sonja.

Fuelled by the success of the bike racks, other projects swiftly followed either run by or advocated for by the NGO – from the introduction of the first bike lanes in the capital and the first sustainable urban mobility plan by the city council, to research studies on improving transport and the cycling environment and creation of educational material for primary and secondary school students. 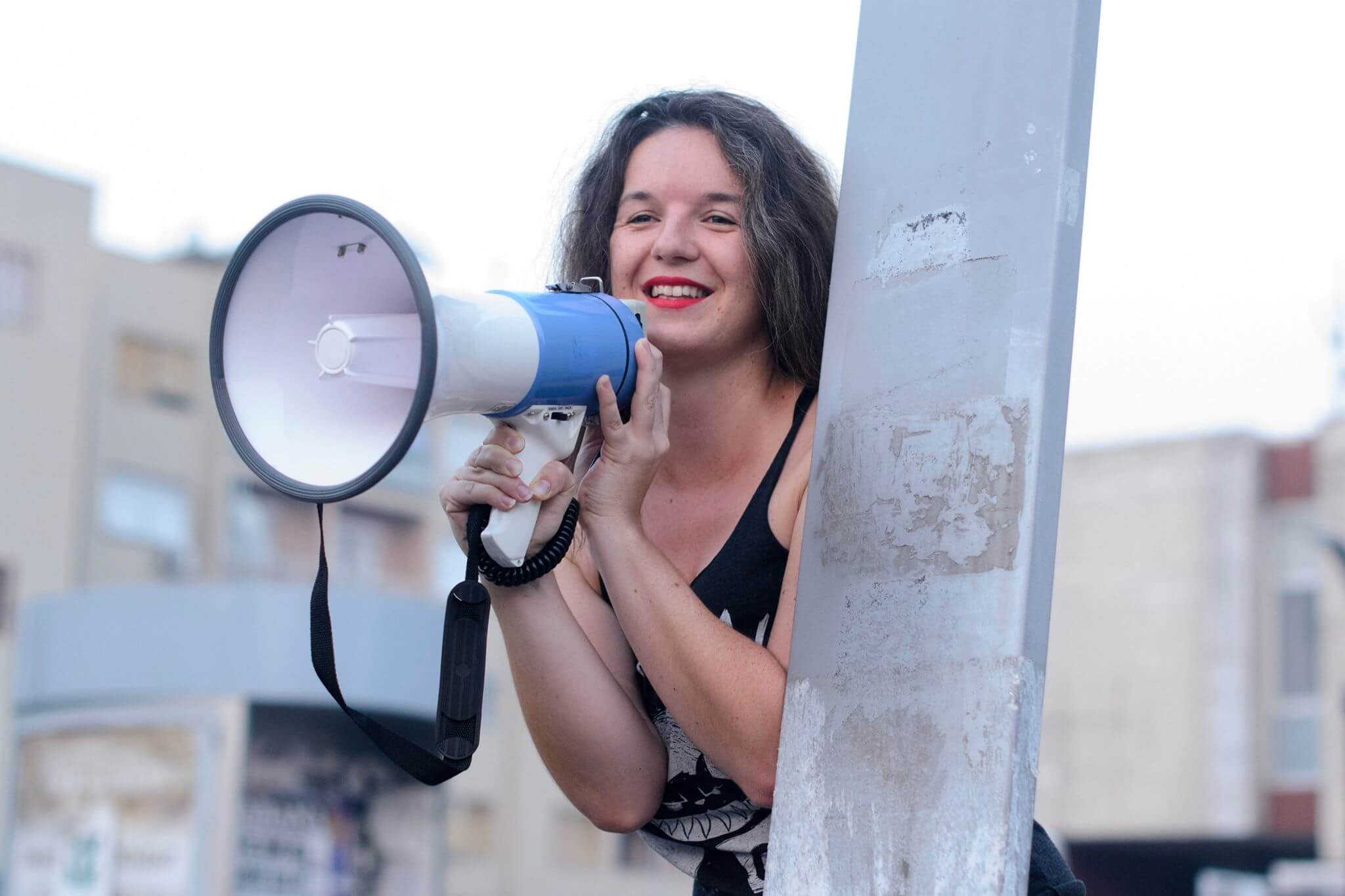 “This and future support from the EU are very important. Not only for the money, but more the fact that when the EU supports an action, it becomes easier to convince local authorities to do so too.”

The EU supported four of these projects – studies on traffic and mobility conditions in Podgorica, drafting proposals for legislation improvements, awareness-raising campaigns in Podgorica high schools on the benefits of cycling, and the introduction of bike racks in three towns in the northern part of the country. “This and future support from the EU are very important. Not only for the money, but more the fact that when the EU supports an action, it becomes easier to convince local authorities to do so too,” says Sonja.

Several kilometres of cycling paths have been built in Podgorica, and even though the quality of both the design and the maintenance could have been better, it is evident that this safe cycling space has attracted new users and encouraged people to get out and cycle.

For Sonja, what’s important now is for the city to establish proper procedures for planning and building cycle paths, and to invest in educating city planners on the most recent trends and best practices concerning cycling infrastructure. “The more people cycling in the street, the better it is for everyone. As people who cycle are not using cars, they are also not producing pollution and noise. This makes the city a better environment for everyone,” says Sonja

Biciklo.me has been supported by the EU through the Regional Programme on Local Democracy in the Western Balkans (ReLOaD) which aims to strengthen participatory democracies and the EU integration process in the Western Balkans by empowering civil society to take an active part in decision making. Other EU-funded projects that supported Biciklo.me are “CSOs in Montenegro – from basic services to policy shaping – M’BASE” which is funded under the instrument for pre-accession assistance (IPA), the “Better traffic, better city” project and a project called “Enhancing capacities for better living environment in Montenegro”.

Regional Programme on Local Democracy in the Western Balkans (ReLOaD)